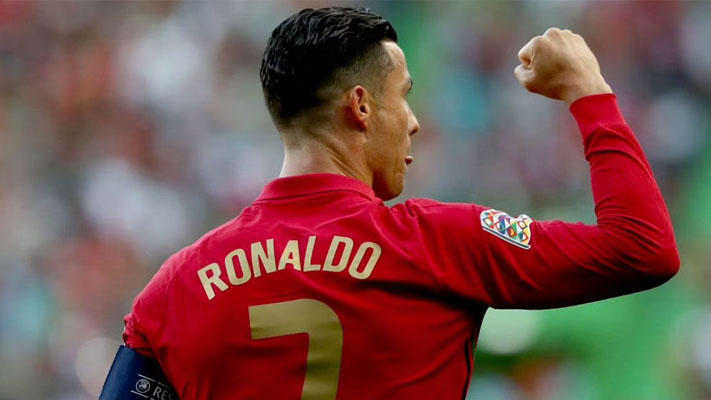 Portugal boss Fernando Santos has no qualms about Cristiano Ronaldo despite the Manchester United superstar failing to score in Selecao’s 4-0 win against the Czech Republic.

Portugal played their first match of the international break against the Czech Republic on Saturday (September 24). Jaroslav Silhavy’s side were no match for them as they beat their UEFA Nations League A Group 2 rivals 4-0.

Starring in the match for the Selecao were Manchester United duo Diogo Dalot and Bruno Fernandes. The former grabbed a brace, while the latter scored and assisted a goal each.

Their Red Devils teammate Cristiano Ronaldo, on the other hand, had a relatively quieter match. He provided the assist for Diogo Jota’s goal, but failed to get himself on the scoresheet.

Assessing Ronaldo’s performance on Saturday, Santos claimed that the forward had three or four chances to score. The Portugal manager, however, insisted that he is not worried about the player’s struggles.

Santos went on to heap praise on the 37-year-old for putting the team ahead of himself. The 67-year-old believes Portugal would not have scored the goal they scored if the Manchester United superstar had not created space for the rest of the team. He was quoted as saying by Portuguese sports daily O Jogo:

“Football is like that. He [Cristiano Ronaldo] had three or four chances to score, sometimes he hit badly, other times he hit well but didn’t score, it’s part of football. He worked a lot for the team. If he hadn’t opened the spaces, the goals wouldn’t have come.”

Portugal are now scheduled to face Spain in the Nations League on Tuesday (September 27).

How has Portugal captain Cristiano Ronaldo fared for Manchester United?

Cristiano Ronaldo has made a slow start to his life under new Manchester United boss Erik ten Hag. The forward has found his playing time limited under the Dutch tactician.

The former Real Madrid superstar has played eight matches across all competitions for the Red Devils this term. However, five of those appearances have been from the bench.

It is worth noting that Ronaldo has only found the back of the net once for the Red Devils. That goal came from the penalty spot in the team’s 2-0 win against Sheriff in the UEFA Europa League earlier this month.