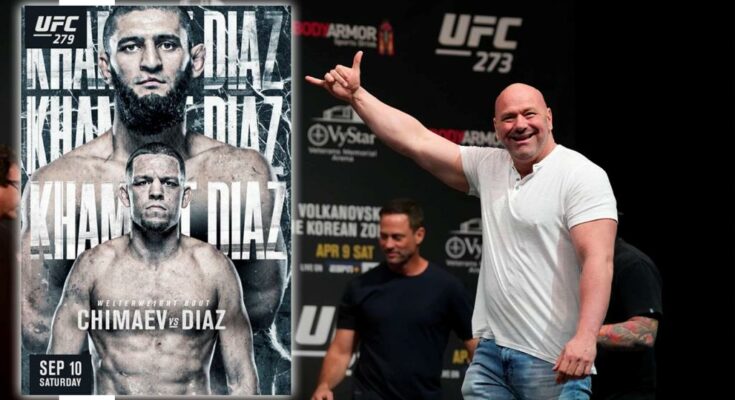 The MMA community has been set abuzz by the revelation that Khamzat Chimaev and Nate Diaz have verbally agreed to a five-round welterweight bout that’ll take place at UFC 279 on September 10.

Several pro fighters took to Twitter after ESPN announced that Nate Diaz vs. Khamzat Chimaev was on tap to headline UFC 279.

‘The Stockton Slugger’ has been clamoring for a fight for months now and will finally get his wish in the form of ‘Borz’ at UFC 279.

News of the Nate Diaz vs. Khamzat Chimaev fight shook-up the MMA world and several pro fighters took to social media to share their thoughts on the booking.

Check out those reactions below:

Nate Diaz (20-13 MMA) has not competed since suffering a unanimous decision loss to Leon Edwards back at UFC 263 in June of 2021. The fan favorite has gone 3-3 over his past six Octagon appearances, scoring wins over Michael Johnson, Conor McGregor and Anthony Pettis during that stretch.

In addition to Nate Diaz vs. Khamzat Chimaev, September’s pay-per-view event is also slated to feature the following contests: