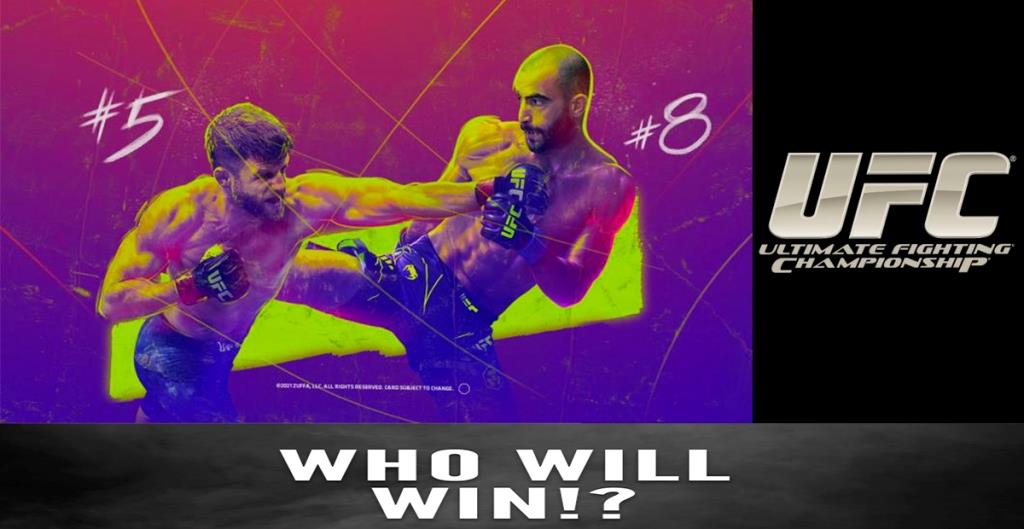 In the main event of UFC Vegas 46, top-10 featherweights collide as Calvin Kattar looks to return to the win column against Giga Chikadze. Entering the fight, Kattar is a +200 underdog while the Georgian is a -250 favorite.

Some of the Professional fighters believe Chikadze’s striking will be too much for Kattar as he will get the win and remain undefeated in the UFC.

Brandon Royval, UFC flyweight: That is an amazing fight, I can’t wait to see what happens, and honestly I have no clue who wins.

Chris Curtis, UFC middleweight: That is so hard for me. I love Calvin Kattar, we came up on the same regional scene together. I love his boxing but I have sparred with Giga Chikadze and that dude is scary. Giga has so many different styles, I say Giga but my heart is pulling for Calvin.

Vince Morales, UFC bantamweight: That is such a tough fight but I think Kattar has the style to beat Chikadze.

Ramiz Brahimaj, UFC welterweight: I think Kattar just happened to fight the better man in Max Holloway so you can’t take anything away from him in that. Chikadze is super impressive but I slightly lean Kattar.

Joseph Holmes, UFC middleweight: I got Kattar, I like his style. I think he can mix in the grappling which will frustrate Chikadze.

Adrian Yanez, UFC bantamweight: I gotta go with Giga Chikadze, his striking is so good and I think this will be a striking fight and Giga wins that every time.

Cody Stamann, UFC bantamweight: Giga Chikadze. I like Calvin Kattar a lot but he is super stationary and a boxer and that is not what you want to do against Giga.

Chase Sherman, UFC heavyweight: That is a good fight, they both have some hype behind them but to me, Giga Chikadze has been more impressive.

Terrance McKinney, UFC lightweight: I want Kattar to win but I think Giga gets it done.

Julian Erosa, UFC featherweight: Man, Kattar’s boxing is really good but Chikadze’s kickboxing is so good. Kattar does have some good defense and I think he can put the pressure on Giga and not let him get going with the kicks so I’m going with Kattar.