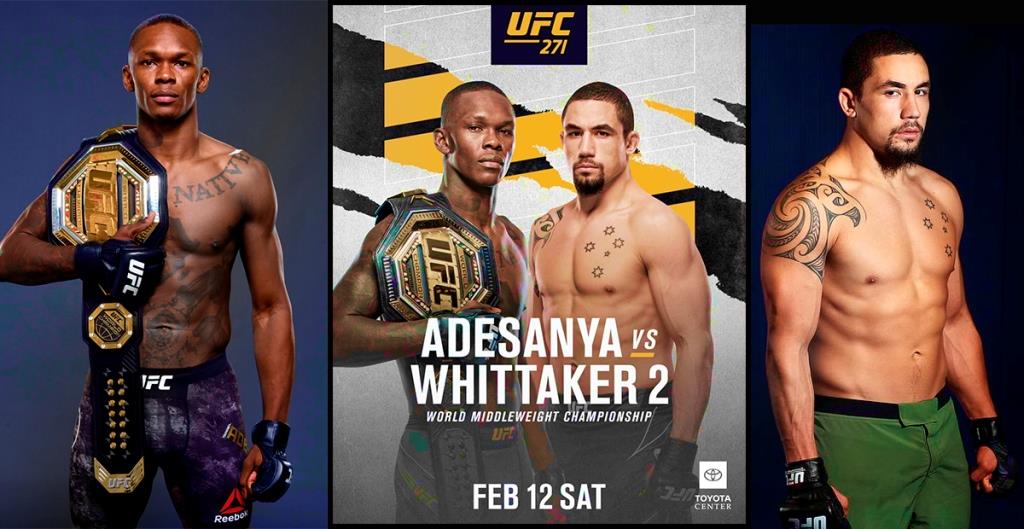 In the main event of UFC 271, Israel Adesanya is set to defend his middleweight belt as he rematches Robert Whittaker. Heading into the fight, Adesanya is a favorite while the former champ is a underdog.

Professional fighters are unanimous in thinking Adesanya has Whittaker’s number and will defend his belt again and continue his reign atop the middleweight division.

Professional fighters made their picks for Israel Adesanya vs. Robert Whittaker 2 title fight:

Brandon Royval, UFC flyweight: I would say Adesanya just because of the first fight and I don’t think Whittaker has closed that gap.

Sam Alvey, UFC middleweight: I’m going to go with Adesanya. The Romero fight has taken its toll on Whittaker and as good as he is, he gets hit and Adesanya will finish him again.

Terrance McKinney, UFC lightweight: It will be a longer fight but the same result and that is Adesanya winning by stoppage.

Jason Witt, UFC welterweight: I don’t see anyone beating Adesanya at middleweight. His understanding of rage, movement, and angles are too much for anyone.

Julian Erosa, UFC featherweight: You have to go with Adesanya, he is a stud. I don’t see how Whittaker wins.

Trevin Giles, UFC welterweight: I have to go with Adesanya.

Bryan Battle, UFC middleweight: Man, that is going to be a fun one. Obviously, there has been some time since the first fight and Whittaker can look at what he can do differently to get the win. But, to me, I think this is a terrible matchup for Whittaker, he is one of the best middleweights ever but Adesanya is just a bad matchup for Rob so I don’t see the outcome changing. Adesanya wins again.

Mario Bautista, UFC bantamweight: I’m going to have to go with Adesanya, he has Whitaker’s number but it should be a pretty good fight.