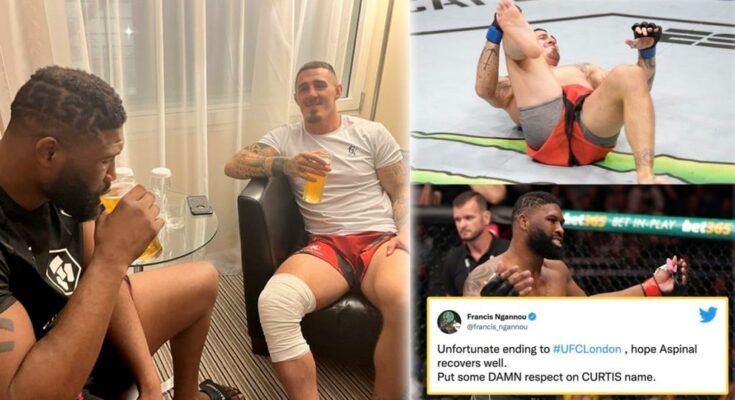 Curtis Blaydes (17-3 MMA) had entered the main event sporting a two-fight winning streak, his latest being a TKO victory over Chris Daukaus. ‘Razor’ had gone 6-1 over his past seven fights overall, with his lone loss in that time coming against Derrick Lewis.

Tom Aspinall (12-3 MMA) had entered the Octagon boasting an eight-fight winning streak, with all of those victories coming by way of stoppage. The Brit had earned a submission victory over Alexander Volkov in his most previous effort this past March.

UFC London main event did not result in the thrilling back and forth contest most fans were anticipating. Instead, the hometown fighter in Aspinall suffered a knee injury in the early stages of the opening round which left him unable to continue.

Check out how the after Tom Aspinall suffer a catastrophic knee injury in Round 1 against Curtis Blaydes at UFC London below: