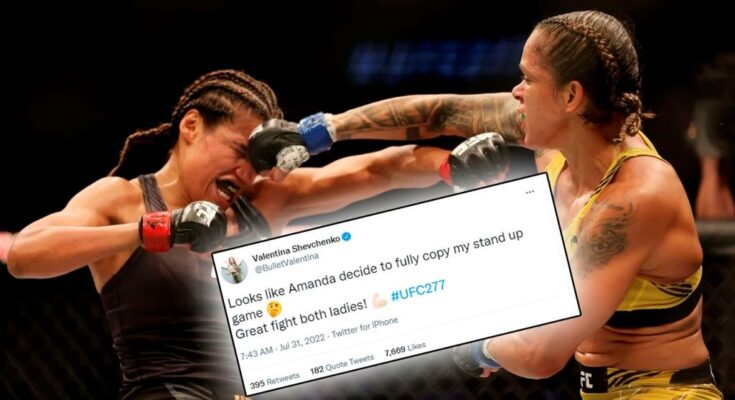 Amanda Nunes gets her revenge with lopsided win over Julianna Pena to reclaim title in UFC 277 main event At UFC 277 on Saturday.

After a shocking upset cost her the bantamweight title in their first encounter, Nunes left no doubt in the rematch as she punished Julianna Pena for five consecutive rounds to win a lopsided unanimous decision. The judges scored the fight 50-45, 50-44 and 50-43 as Nunes became a two-time title holder at 135 pounds and a simultaneous two-division champion yet again while still holding featherweight gold as well.

Amanda “The Lioness” Nunes regained the UFC bantamweight title in an epic main event clash with rival Julianna Pena, avenging a shocking loss to Pena from this past December.

Nunes put on an impressive performance to win a unanimous decision in a bout that displayed both Nunes’ incredible talents and Peña’s absurd toughness. Despite being knocked down multiple times, Peña battled Nunes tooth and claw for 25 minutes.

Regardless, Nunes’ win put her back firmly in pole position for any discussion about the greatest female fighters in the history of MMA. She is also a two-division champion once again, adding the bantamweight belt back to the featherweight belt that has yet to lose.

Fighters talking about the headlining bout on social media were eager to praise both Nunes and Pena, with several fighters declaring that Nunes is the GOAT, and others in awe that Pena even made it to the final bell of such a bloody encounter.