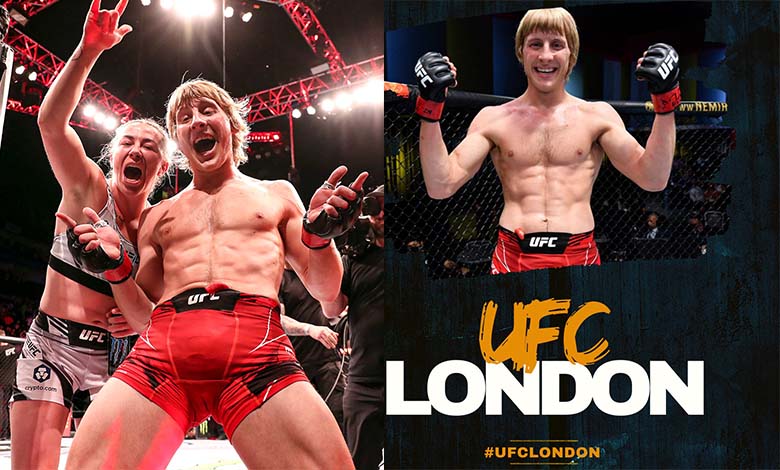 UFC London event featured the return of fan favorite Paddy Pimblett who took on Kazula Vargas in a lightweight affair.

Pimblett (18-3 MMA) made good on his Octagon debut in September of 2021, where he scored a first round TKO victory over Luigi Vendramini. The Liverpool native was looking to cement his status as one of the promotions top budding stars in his sophomore appearance that evening.

Meanwhile, Kazula Vargas (12-5 MMA) had earned a win over Rong Zhu in his most previous effort at UFC 261. The Mexican lightweight was sporting a record of 1-2 in the UFC ahead of contest.

‘Pimblett vs. Vargas’ bout resulted in another first round finish for ‘Paddy the Baddy’. The Liverpool native got clipped in the early seconds of the fight but was able to fight through the adversity and get the fight to the floor. From there, Pimblett was able to take the back of his opponent and lock-in a fight-ending submission (rear-naked choke).

Check out how the Pros fighters reacted to ‘Pimblett vs. Vargas’ below:

Post-fight reactions to Paddy Pimblett defeating Kazula Vargas in the very first round at UFC London:

Who would you like to see Paddy Pimblett fight next following his first round submission victory over Kazula Vargas this evening at UFC London?