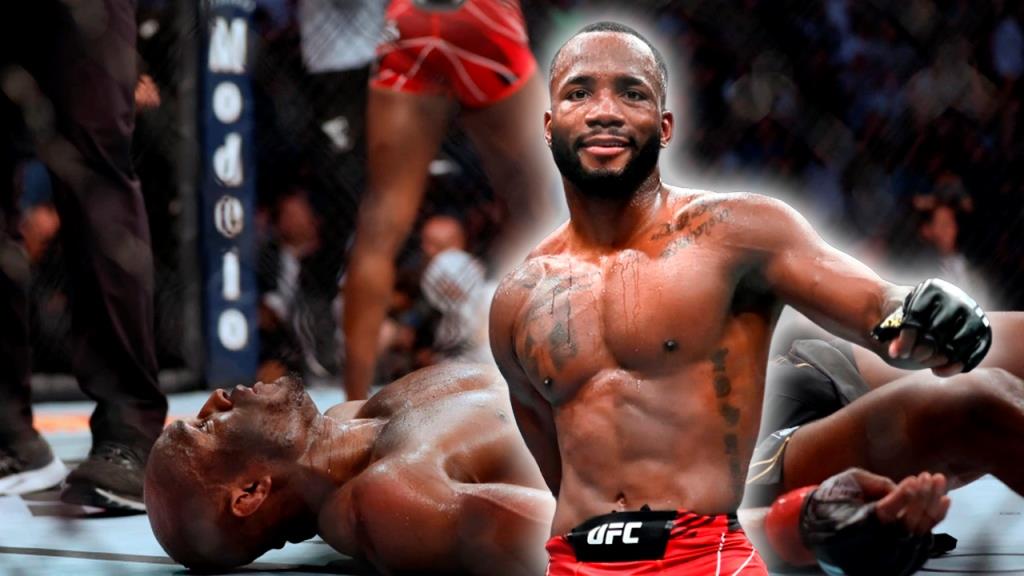 Leon Edwards stopped Kamaru Usman from making history on Saturday when he claimed the welterweight title in the UFC 278 main event.

Edwards (19-3 MMA, 11-2 UFC) prevented Usman (20-2 MMA, 15-1 UFC) from tying Anderson Silva’s record for most consecutive octagon victories when he earned a fifth-round knockout victory to win the 170-pound belt in the headlining bout at Vivint Arena in Salt Lake City.

Usman (20-2 MMA) and Edwards (20-3 MMA) had originally met back in December of 2015, with ‘The Nigerian Nightmare‘ earning a unanimous decision victory.

Following that win, Kamaru Usman went on to score thirteen straight victories, this while capturing the UFC welterweight title and defending it on five straight occasions in the process.

Meanwhile, Leon Edwards had gone 9-0 with 1 no-contest since suffering that 2015 setback to Usman. The Birmingham native was coming off a unanimous decision victory over Nate Diaz in his most previous effort back at UFC 263.

Tonight’s UFC 278 main event proved to be a back and forth affair. Leon Edwards got off to a terrific start in the fight, taking Usman down and having his back for a good portion of the opening round.

However, Kamaru Usman would turn the tide back in his favor in rounds two, three and four, leaving ‘Rocky’ needing a finish in the fifth and final round. Well, Edwards delivered just that, ending Usman’s night with a thunderous head kick in the last minute of the final frame.

Check out how the pros reacted to ‘Usman vs. Edwards 2’ below: