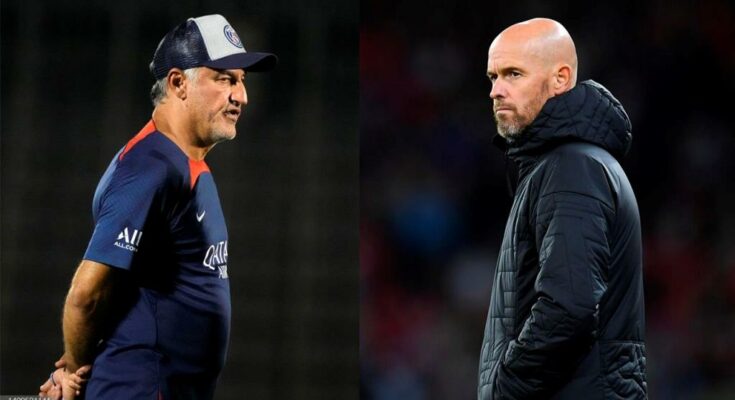 Manchester United have been linked with a move for PSG target Frenkie de Jong for nearly two months. However, the Dutchman’s reluctance to join the Premier League giants has prompted them to look at alternative options.

According to Football365, Lazio midfielder Sergej Milinkovic-Savic has emerged as a transfer target. The Serbian has been linked with a move to Old Trafford in the past. The 27-year-old enjoyed an incredible 2021-22 campaign as he scored 11 goals and provided 12 assists in 47 games in all competitions. He won Lazio’s Player of the Season award.

As per La Lazio Siamo Noi, Manchester United could table an offer to Lazio for the Serbian in the near future. Erik ten Hag’s side will be keen to sign the midfielder before their Premier League campaign starts on August 7.

PSG have reportedly made an offer for Manchester United target Frenkie de Jong. Barcelona are seemingly desperate to part ways with the midfielder to reduce their wage bill and raise funds to pay off debts, register new signings, and acquire new players.

According to El Nacional, PSG have made a €60 million offer for the midfielder. The club’s CEO, Nasser Al-Khelaifi, is believed to be a fan of the former Ajax star

Frenkie de Jong joined Barcelona from Ajax in 2019 for €75 million. He has been a regular starter for the club over the last three seasons and was a prominent member of Xavi’s starting line-up during the 2021-22 campaign.

However, Barcelona’s dire financial situation has forced them to consider parting ways with some of their prized assets. The club has signed Andreas Christensen, Franck Kessie, Raphinha, and Robert Lewandowski this summer and will need to sell some players to balance the books.

Barcelona have made clear their desire to part ways with Frenkie de Jong during the club’s pre-season. The Dutch midfielder featured as a substitute in all three of the Catalan giants’ friendlies and was even deployed as a center-back.

The Blaugrana have reportedly informed him that he would be starved of playing time and might not be deployed in his preferred midfield role if he stays at the club.

Manchester United were reportedly willing to pay €80 million for the Dutchman’s services. The club desperately needs midfield reinforcements as they parted ways with Paul Pogba and Nemanja Matic last month.

The Red Devils’ new manager, Erik ten Hag, is keen to reunite with former Ajax star Frenkie de Jong at Old Trafford. However, the 25-year-old is reluctant to join a club that will not participate in the Champions League next season.

As per Sky Sports, PSG were interested in signing Paul Pogba last month as they were keen to sign a world-class midfielder to play alongside Marco Verratti next season. The Frenchman, however, opted to join Juventus. The club is therefore attempting to sign Frenkie de Jong but will only offer €60 million for his services.