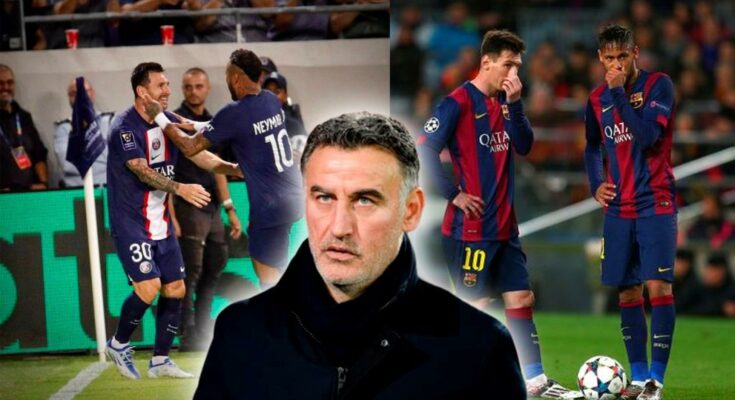 Held at the Bloomfield Stadium in Tel Aviv, Israel on July 31, the fixture was dominated by the Ligue 1 champions right from the start.

Messi opened the scoring in the 22nd minute. Neymar also got himself on the scoresheet twice with a free-kick and a penalty on either side of the half.

Speaking to reporters on Sunday, Galtier heaped praise on the two forwards for their world-class performances. He said (via Get French Football News):

“Leo [Lionel Messi] and Neymar, these are players who have known each other for a fair few seasons, they have played together elsewhere, and have rediscovered each other last year – they have a real technical link. In all modesty, I’m not surprised by what the attackers have done with the support from the wings and the midfield.”

Galtier was impressed with his team’s performance and shared the importance of winning silverware ahead of the season. He said:

“I liked the way in which the team expressed themselves, always with that willingness to attack, to control the game and to win the ball back as quickly as possible. We conceded two chances, we had a lot of opportunities.”

“There are still things to fine-tune but I’m very happy that we scored four goals. It’s an important win to start the season off, we shouldn’t trivialise victories and winning a trophy.”

After underperforming last season, Messi and Neymar will hope to build goalscoring momentum right from the start of the new season.

With the goal of lifting the much-coveted UEFA Champions League trophy, the pair are expected to help Galtier at PSG in the 2022-23 season.

Meanwhile, PSG are eager to extend Messi’s contract beyond his current deal, which is set to expire next year, as per MARCA. However, the 35-year-old is in no hurry to make a decision on his future with the 2022 FIFA World Cup in Qatar just around the corner.