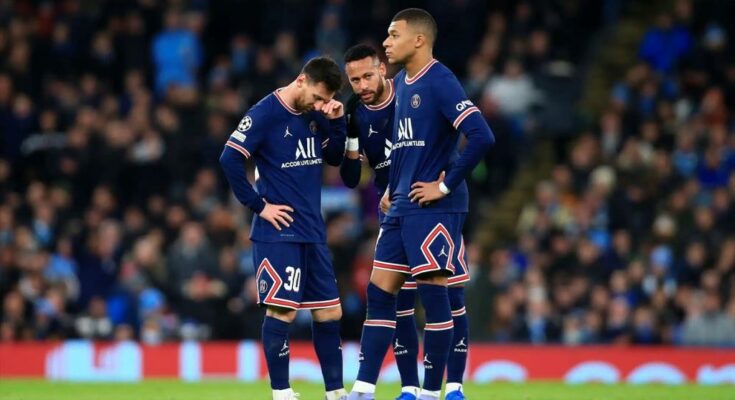 According to Mundo Deportivo, Paris Saint-Germain (PSG) stars Lionel Messi and Kylian Mbappe are at loggerheads over Neymar’s future at the club.

The Spanish outlet has reported that while Messi wants his friend Neymar to stay at the club, Mbappe wants the Brazilian out of the Parc des Princes.

The 30-year-old Brazilian signed an extension with the Parisians last summer and has another three years left on his current contract.

Mbappe, who extended his stay with the Ligue 1 giants this summer, wants Neymar gone due to his indiscipline.

Does Mbappe have special power at PSG?

After flirting with Real Madrid for a long time, Mbappe eventually chose to remain at PSG this summer. He signed a three-year extension, with reports (as per the Guardian) also claiming that the French forward has special powers at the Parc des Princes.

Besides becoming the highest-paid player on the planet, Mbappe seemingly also has the power to make decisions about how the club should be run. He is now seeking to use that power to drive Neymar out of Paris Saint-Germain.

Messi, who carries his own superstar aura, is said to be opposing the decision. He wants Neymar to stay owing to the Brazilian’s footballing abilities and also to add weight to the Argentine’s group at the club.

PSG president Nasser Al-Khelaifi has laid down the law

After yet another disappointing Champions League campaign last time out, Paris Saint-Germain are ready to approach a new method in the upcoming season.

They lost to Real Madrid in the round of 16 tie in the Champions League despite having more superstars in their ranks last season.

PSG president Nasser Al-Khelaifi has now made changes and is ready to take a new approach. Speaking about the club’s project, he said:

“Those who don’t fit into the project will have to leave. Some have taken advantage of the situation. Now that’s over. The goal for the next few years is to have only Parisian players in our team. There are so many talents in our region. The best players in our region deserve to play for PSG. That will take time, but it is an objective.”

This stance could spell trouble for Neymar, who has made several rounds of appearances in the media over the years for his lavish lifestyle.

The Brazilian has made 144 appearances across competitions for the French outfit so far, registering 100 goals and 60 assists.