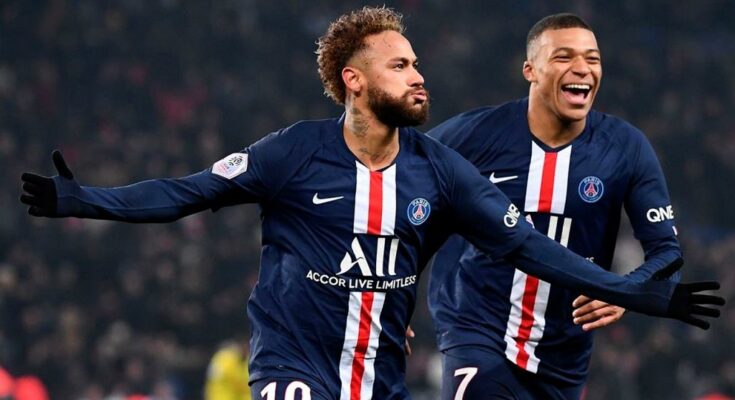 Paris Saint-Germain (PSG) are eager to add more quality to their squad this summer. The Ligue 1 champions are looking to build a squad capable of fulfilling their long-standing dream of winning the UEFA Champions League.

Meanwhile, Luis Suarez has said that he’s unlikely to reunite with Lionel Messi at Inter Miami. Elsewhere, Juventus are interested in a French defender who plays for the Parisians.

Luis Suarez has played down talks of a reunion with Lionel Messi at Inter Miami. The Argentinean’s current contract with PSG runs till next summer, with the option for an additional year. The 37-year-old is expected to leave Paris next summer for a new adventure.

Inter Miami are eager to take Messi to the MLS and could have their chance next season. There is talk that the American club are also plotting to reunite the Argentinean with Suarez, his strike partner from his Barcelona days.

However, speaking to Ultimo al Arco de Sport 890, Suarez brushed aside those rumours.

“Play with Messi at Inter Miami? That is not real. Many things are said. We players cannot go out 24 hours a day to deny what they say. We let them talk; we let them say. Leo has his future in Paris. Then I don’t know where he will want to retire,” Suarez said.

“I have my project, which is at a sports level now. And then discuss it with my family. Then, if we both end up living in Barcelona? Yes, because we are friends; families are friends. But from there to having a sports project together. … they speculate; they talk a lot; they sell a lot. They have to leave that.”

Juventus have identified Presnel Kimpembe as a replacement for Matthijs de Ligt, according to Calciomercato via Juve FC.

The Dutch defender is attracting attention from Chelsea and Bayern Munich this summer. The Bianconeri are resigned to losing him this summer and have turned their attention to Kimpembe to address the situation.

Kimpembe’s time at PSG is likely to come to an end this summer. The 26-year-old is already contemplating a departure from Paris because of the club’s pursuit of Milan Skriniar.

The Ligue 1 champions are also willing to cash in on the Frenchman this summer. Should De Ligt leave Turin, the Bianconeri could dive for Kimpembe.

Vitinha reveals PSG player he looks up to

New summer signing Vitinha has revealed that he aspires to reach Kylian Mbappe’s level. The Portuguese midfielder joined PSG from FC Porto this summer, becoming the first signing of the Luis Campos era.

Speaking to RMC Sport, the 22-year-old heaped praise on Mbappe.

“He inspires me. I want to reach his level. He has an incredible level, one of the best in the world. I will do everything to reach that level. I’m in the best club to do it. But it takes a lot of work to do it. With hard work, help from the team, and myself, I can do it. It is through this prism that I see it, as inspiration, it is to reach the level which is his,” said Vitinha.

Vitinha added that his new teammates have helped him settle down in Paris.

“I can tell you that Pauleta called me. It was incredible; he was very friendly. He offered to help me with anything I needed. And of course I also spoke with my teammates, Danilo and Nuno Mendes. And we will certainly talk to each other more, for questions related to the house, the car, all that. … They are there to help me, and they have been great with me, so far,” said Vitinha.