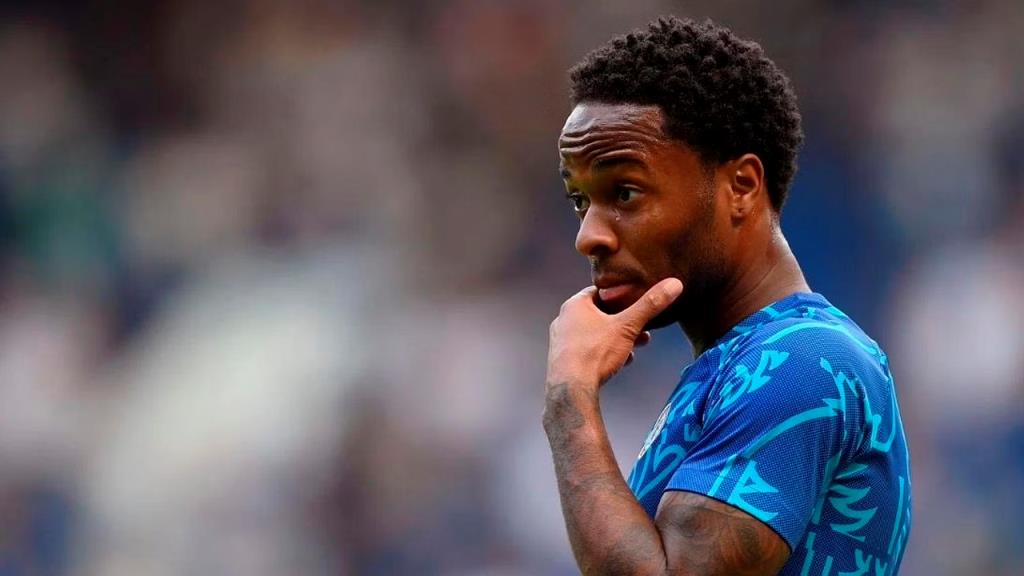 Chelsea forward Raheem Sterling was amazed by team-mate Reece James’ pace during the training session ahead of their clash against Leeds United on Sunday, August 21.

The former Manchester City winger could be heard calling James “Usain Bolt” in a training session video released by the Blues on Twitter.

The English wing-back performed well in the high-octane clash against Tottenham Hotspur last weekend. James scored the second goal for the Blues through a Sterling assist, putting them ahead in the second half.

However, an injury-time goal by Harry Kane ended the match in a 2-2 draw at Stamford Bridge.

The duo have been working hard to maintain their position in the starting XI and help the team get back on the winning ways. Amazed by the young Englishman’s pace during the training session, Sterling praised James and was heard saying:

James, 22, has been used in the defensive setup majorly, where he has not disappointed the manager and looks to have cemented his position there. The English defender has also done a good job pushing ahead on the field as well as and when required.

With such versatility in his game, Thomas Tuchel would be happy to use James according to the situation in the game.

Meanwhile, Sterling is still in search of his first Premier League goal for Chelsea since moving from the Etihad Stadium for £47.5 million this summer.

The west London side signed Sterling to bolster their attack this season.

Transfer expert Fabrizio Romano has revealed that Barcelona are going to discuss transfer details with Pierre-Emerick Aubameyang amidst Chelsea’s interest today. The Gabonese striker is believed to have agreed personal terms with the London-based club after intense discussions last night.

Aubameyang is planning to return to the Premier League after Barcelona signed Bayern Munich striker Robert Lewandowski this summer.

The Blues need a striker this summer after Lukaku and Werner’s departure. Their search has perhaps boiled down to the former Arsenal striker, who joined Barcelona in January this year. Aubameyang made a good showing at Camp Now last season, scoring 13 goals and assisting one in 24 matches.