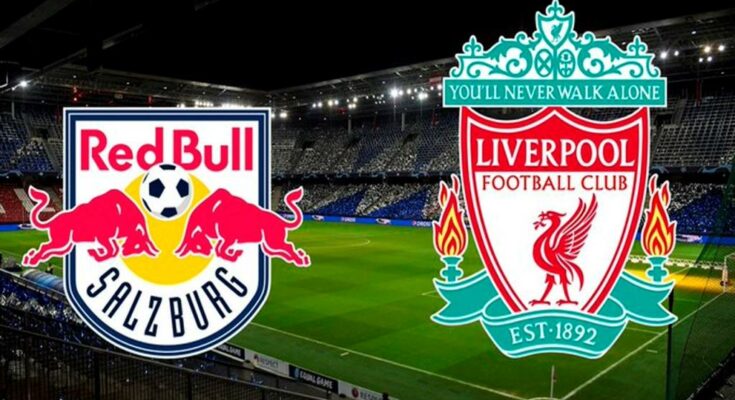 Liverpool went down 1-0 to RB Salzburg in Austria on Wednesday, July 27, in a pre-season friendly. Benjamin Sesko’s first half goal made the difference at the Red Bull Arena, with the Reds picking up their second pre-season defeat heading into the 2022-23 season.

Liverpool have geared up for their crunch Community Shield final against Manchester City with a 1-0 preseason defeat at RB Salzburg.

The Reds hammered RB Leipzig 5-0 last week but they were unable to breakthrough a stubborn home resistance in the second half.

After gilt edged misses from Darwin Nunez and Harvey Elliott, Benjamin Sesko ruthlessly put the home side in front, after getting the better of Ibrahima Konate on the break.

Jurgen Klopp opted for a raft of changes in the second 45, but Nico Mantl and his defence stood up to the challenge, to hand the Premier League giants a frustrating night at the Red Bull Arena.

With Liverpool set to take on Manchester City on Saturday (July 30) in the Community Shield, Jurgen Klopp made wholesale changes to the team. The Reds started with a mix of experienced and young players. James Milner captained the side that was headlined by summer signings Fabio Carvalho and Darwin Nunez.

Salzburg broke the deadlock just past the half-hour mark. Sesko spun away from Ibrahima Konate near the center circle and exchanged passes with Noah Okafor before finishing past Adrian to make it 1-0.

Liverpool came close to getting the equalizer several times in both halves. However, the home side held firm to register an impressive win as they gear up for the Austrian Bundesliga.

This is Liverpool’s second pre-season defeat following the 4-0 humiliation at the hands of Manchester United on July 14. They won their other two friendlies, against Crystal Palace and RB Leipzig, with a combined scoreline of 7-0.