Real Madrid have identified Tottenham Hotspur midfielder Pierre-Emile Hojberg as a potential replacement for Casemiro, according to The Daily Telegraph.

Manchester United confirmed on Friday that they have reached an agreement with Real Madrid to sign Casemiro.

Los Blancos will pocket an initial sum of around £50 million from the transfer, according to multiple reports.

Casemiro has thus put an end to his nine-and-a-half-year association with the La Liga giants. He made 336 appearances across all competitions for the club, helping them win 18 trophies in the process.

The Brazil international’s departure undoubtedly leaves a huge void in Real Madrid’s midfield. The Spanish giants could look to bring in a replacement for him before the transfer window closes on September 1.

Tottenham midfielder Hojbjerg has emerged as an option to supersede Casemiro at the Santiago Bernabeu, according to the aforementioned source. Los Blancos are said to be considering a bid for the player.

It now remains to be seen if Ancelotti’s side will step up their interest in Hojbjerg. Spurs manager Antonio Conte is tipped to demand a replacement if the Denmark international is allowed to leave.

Ancelotti has been an admirer of the 27-year-old for a while now, as per the report. The Italian tactician was keen to take him to Goodison Park during his spell as Everton manager between 2019 and 2021.

The Toffees attempted to sign the Dane from Southampton in the summer of 2020. They even appeared to have won the race to acquire his services, having agreed personal terms.

However, Hojbjerg chose to join Tottenham after they made a late move to sign him that summer. He has since been a regular for the north London giants, making 103 appearances across all competitions.

The midfielder, though, could find his playing time limited under Conte this season. Rodrigo Bentancur and Yves Bissouma’s arrivals in January and July, respectively, have raised doubts about his place in the team.

It is worth noting that Hojbjerg has started in both of Tottenham’s Premier League games this season. He even found the back of the net in the team’s entertaining 2-2 draw with Chelsea last weekend.

It is thus unclear whether the Dane, who has a contract with Spurs until 2025, will be open to a move to Spain. Real Madrid have already signed a defensive-minded midfielder this summer in the shape of Aurelien Tchouameni. 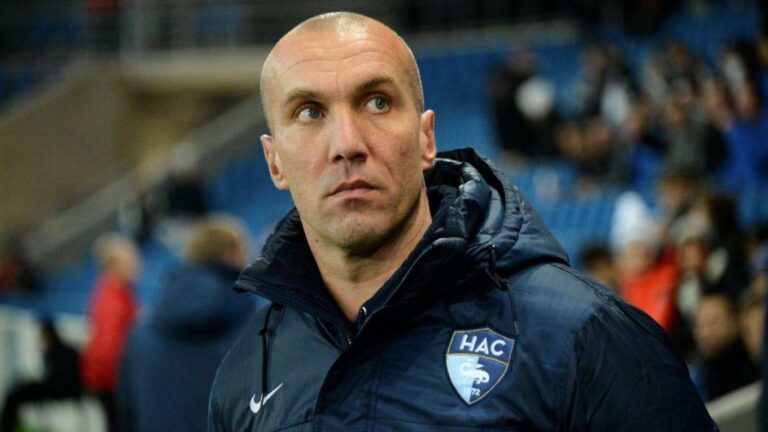 Former PSG goalkeeper and Toulouse legend Christophe Revault has died at the age of 49. This is reported by the press service of PSG. “It is with deep sadness that Paris Saint-Germain have learned of the death of their former goalkeeper Christophe Revault. The Club expresses its most sincere condolences to his family and friends,”… 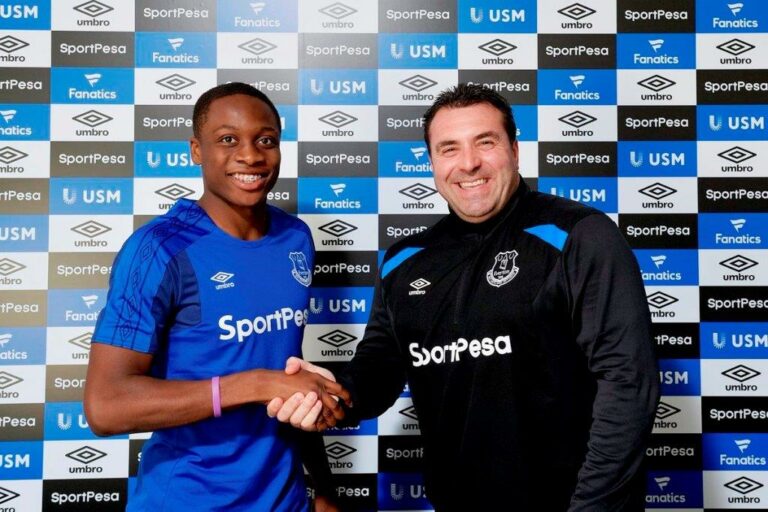 Sheffield Wednesday have signed former Everton midfielder Dennis Adeniran. The 22-year-old, a former England Under-17s, 18s and 19s international, began his career at Fulham before moving to Goodison Park in 2017. He did not play a senior game for the Toffees though and spent last season on loan at Wycombe, playing 22 games. Adeniran linked up Darren Moore’s squad earlier this… 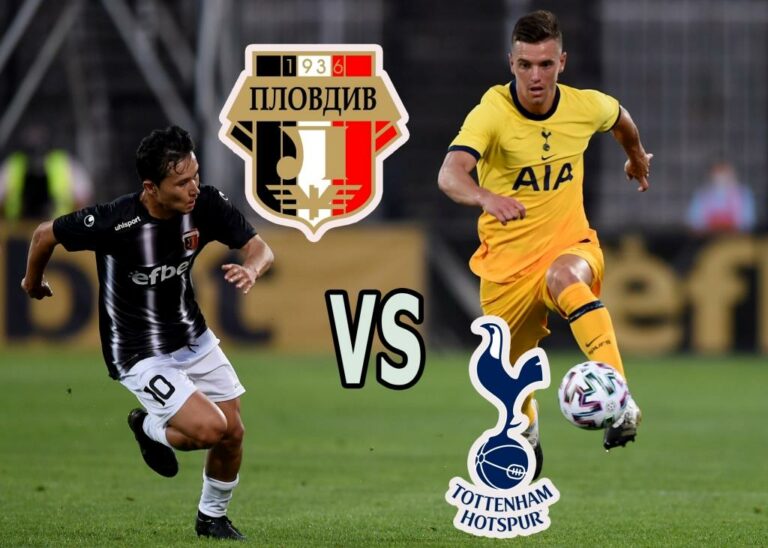 [vc_row][vc_column][vc_column_text] Lokomotiv Plovdiv vs Tottenham (Europa League) Highlights. September 17 2020 [/vc_column_text][vc_raw_html]JTNDc2NyaXB0JTIwYXN5bmMlMjBzcmMlM0QlMjJodHRwcyUzQSUyRiUyRnBhZ2VhZDIuZ29vZ2xlc3luZGljYXRpb24uY29tJTJGcGFnZWFkJTJGanMlMkZhZHNieWdvb2dsZS5qcyUyMiUzRSUzQyUyRnNjcmlwdCUzRSUwQSUzQyUyMS0tJTIwMzYwJTJBMjgwJTIwLS0lM0UlMEElM0NpbnMlMjBjbGFzcyUzRCUyMmFkc2J5Z29vZ2xlJTIyJTBBJTIwJTIwJTIwJTIwJTIwc3R5bGUlM0QlMjJkaXNwbGF5JTNBaW5saW5lLWJsb2NrJTNCd2lkdGglM0EzNjBweCUzQmhlaWdodCUzQTI4MHB4JTIyJTBBJTIwJTIwJTIwJTIwJTIwZGF0YS1hZC1jbGllbnQlM0QlMjJjYS1wdWItNTExMzgyNjg4NTA4ODUzOCUyMiUwQSUyMCUyMCUyMCUyMCUyMGRhdGEtYWQtc2xvdCUzRCUyMjUyMDU3NDAwODElMjIlM0UlM0MlMkZpbnMlM0UlMEElM0NzY3JpcHQlM0UlMEElMjAlMjAlMjAlMjAlMjAlMjhhZHNieWdvb2dsZSUyMCUzRCUyMHdpbmRvdy5hZHNieWdvb2dsZSUyMCU3QyU3QyUyMCU1QiU1RCUyOS5wdXNoJTI4JTdCJTdEJTI5JTNCJTBBJTNDJTJGc2NyaXB0JTNF[/vc_raw_html][vc_column_text]With a great creak, Tottenham nevertheless overcame the resistance of Lokomotiv Plovdiv in the 2nd qualifying round of the Europa League. Spurs head coach Jose Mourinho put on a rather powerful line-up for the match in Bulgaria, but despite the overwhelming advantage of the… 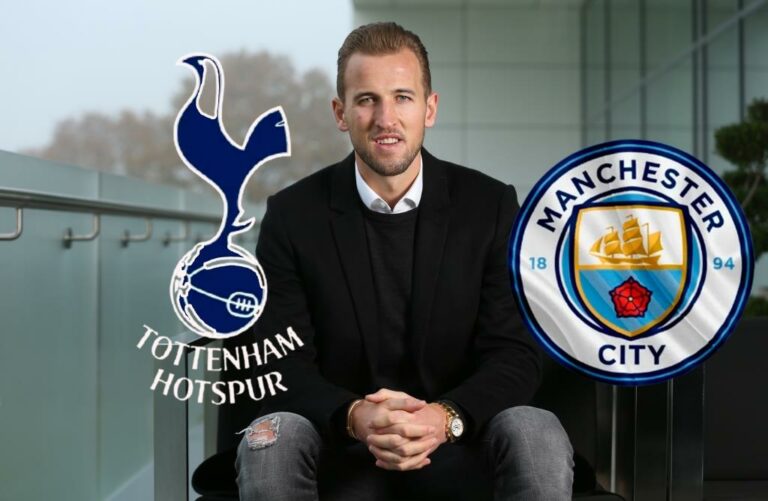 Tottenham chairman Daniel Levy is determined to keep hold of Harry Kane. The Daily Mail says Levy insists his stance has not changed and he will not sell Harry Kane this summer. Levy has ‘no intention’ of letting his star striker leave, according to a Spurs spokesman, despite fresh claims that Kane has been told…

[vc_row][vc_column][vc_separator color=”green” style=”shadow” border_width=”10″][vc_column_text] Clubs of the English Premier League held a conference dedicated to the resumption of the season from June 17. According to its results, the opportunity was approved to use five substitutions before the end of the championship, and the discussion of reducing the season was postponed until a new danger of…

Watch Highlights And Full Match HD: Belgium vs ItalyTournament: Euro 2020Date : 02-July-2021 Belgium vs Italy Fist Half DISCLAIMER: This content is provided and hosted by a 3rd party server. Sometimes this servers may include advertisments. Sportsandworld does not host or upload this material and is not responsible for the content. Belgium vs Italy Second Half…