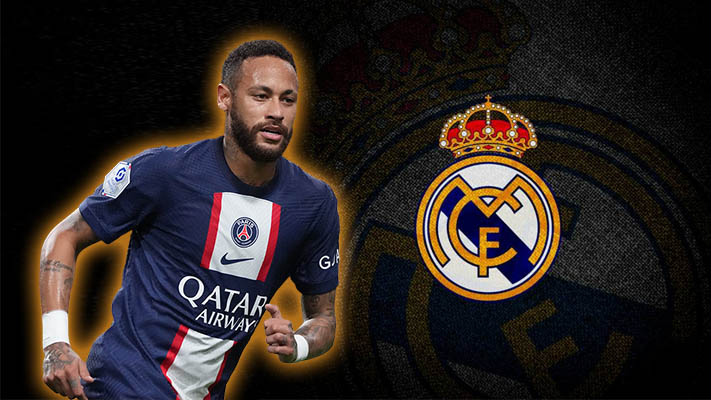 According to El Nacional, Real Madrid president Florentino Perez rejected an offer from Paris Saint-Germain (PSG) to sign Neymar. The Spanish businessman was reportedly averse to signing the Brazilian due to an incident at his former club, Barcelona, that was kept under wraps.

As per the Spanish outlet, Neymar was offered to various European outfits after PSG manager Christophe Galtier sanctioned his exit in the summer. The French boss apparently believes the winger is an unprofessional player with a malignant personality in the dressing room.

Neymar joined PSG in 2017 from Barcelona for a world-record fee of £222 million. The Brazil international has certainly proven his worth to the Parisians after completing one of football’s biggest transfers in history. The winger has scored a whopping 109 goals and provided 67 assists in just 152 appearances across all competitions for the Ligue 1 giants.

Despite being an immensely talented player, as evidenced by his tremendous stats, Perez discarded the opportunity to sign the former Barcelona winger.

According to the aforementioned outlet, Neymar was ‘ungovernable’ at Barca as he disregarded scheduled rest periods and partied on most nights. Although he never missed a training session, the Brazilian reportedly turned up with little to no sleep on multiple occasions.

Neymar has opened up about his teammate Lionel Messi’s time at PSG, commenting on the Argentine’s transition from Barcelona to Paris.

Messi completed a shock move to the Parc des Princes last season on a free transfer, reuniting with his former Barcelona teammate. The eight-time Ballon d’Or winner had an uncharacteristically tame debut season with the Parisians by his standards.

However, Neymar believes that Messi had an understandably difficult transition after spending 20 long years at Barcelona. The Brazilian said (via GOAL):

“I’ve known Leo for a long time. I was able to help him. It’s difficult to make a change like this because he was at Barcelona for many years and now everything has changed for him and his family.”

“It’s difficult, but I think he’s improving now and he feels at home. I want him to have fun, and I want us to have fun together. We know we have a lot of things and difficulties ahead of us, but I’m sure we can get through it.”

Messi kickstarted the 2022-23 season by registering three goals and six assists in six Ligue 1 appearances for the Parisians.