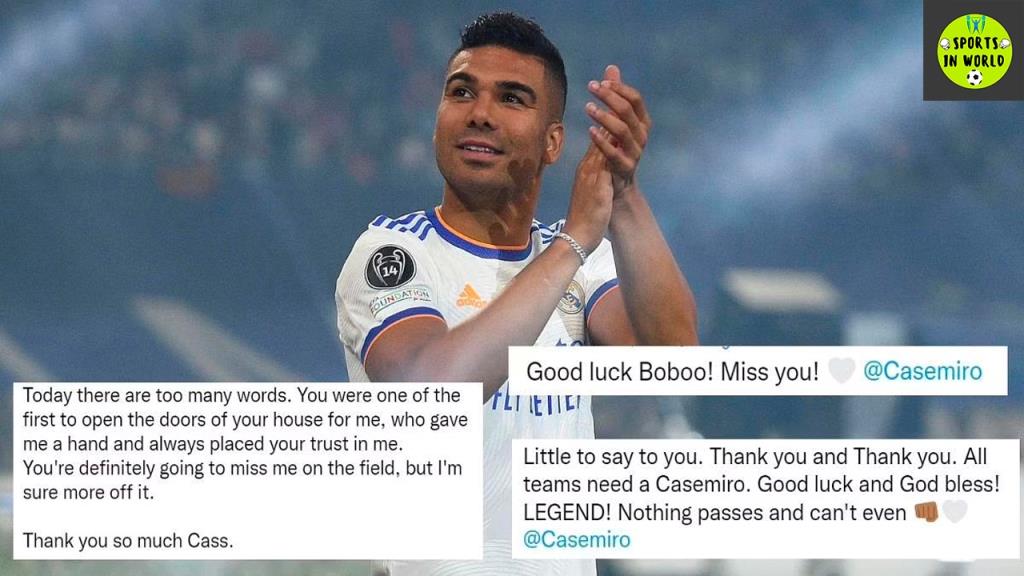 Real Madrid stars have bid an emotional adieu to Casemiro after he reached an agreement to join Manchester United.

The Brazilian is now set to join the Red Devils on a staggering £70 million transfer, calling time on his splendid career at the Santiago Bernabeu.

Casemiro signed for Los Blancos in the 2012-13 season but struggled to establish himself in the first team and was sent on loan to Porto in 2014.

That helped him revive his career, as the midfielder found his best form in the Portuguese top flight. He returned to Madrid a year later and didn’t look back. The Brazilian went from being a fringe player to a vital cog in the Madrid juggernaut and played a key role in all their big titles over the last seven years.

Casemiro most recently won the UEFA Super Cup, his 18th with the Spanish giants before he completed a move to Old Trafford.

His transfer has triggered an avalanche of heartfelt tributes from his teammates, some of whom have shared the dressing room with the Brazilian for years.

Karim Benzema thanked Casemiro for everything he did for the club. Luka Modric shared a picture of him and Toni Kroos with their UEFA Champions League triumph last season, reminiscing about their wonderful journey together.

His compatriot Vinicius Junior said that every team needs someone like Casemiro. Federico Valverde poured his heart out in a lengthy message while acknowledging he’s going to miss Casemiro both on and off the field.

Here’s how the Real Madrid players have reacted to Casemiro’s departure:

Defensive midfielders don’t come much better than Casemiro, whose experience and big-game pedigree could be invaluable for Manchester United. They have been craving a player in this position for a while now. Back-to-back league defeats in the league have laid bare their shortcomings.

However, with the former Real Madrid man now joining the squad, new manager Erik ten Hag will have a solid option at the base of midfield. The Brazilian could be a panacea to some of their midfield woes. 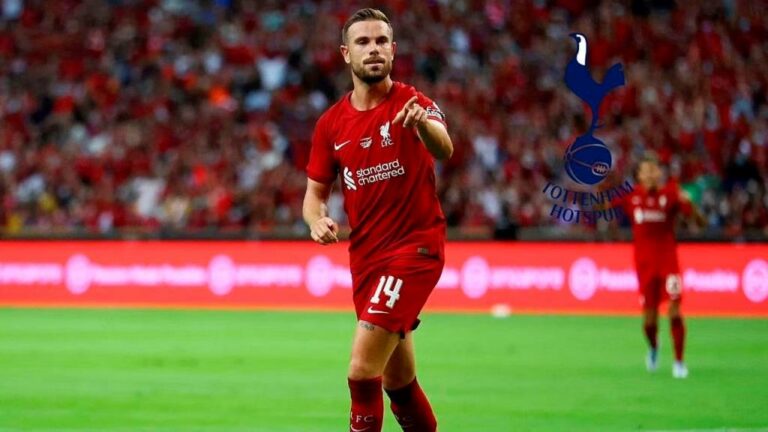 Liverpool midfielder Jordan Henderson believes there is a possibility of Tottenham Hotspur being a part of the Premier League title race this season. He acknowledged manager Antonio Conte’s impact at the north London club and said he believes they are a strong side. Spurs appointed Conte as their manager in November after sacking Nuno Espirito… 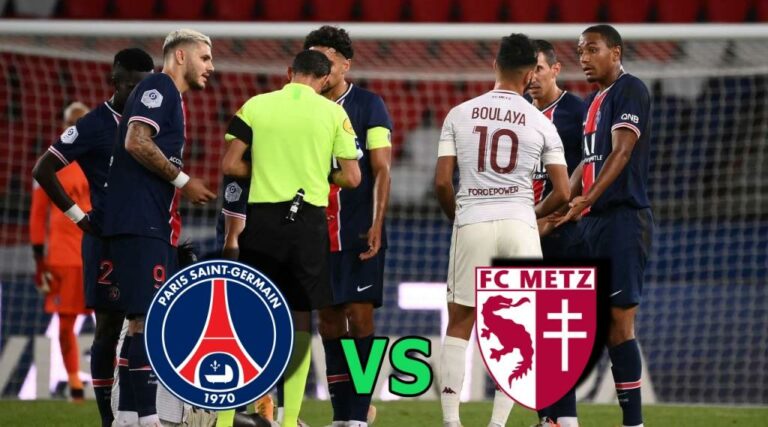 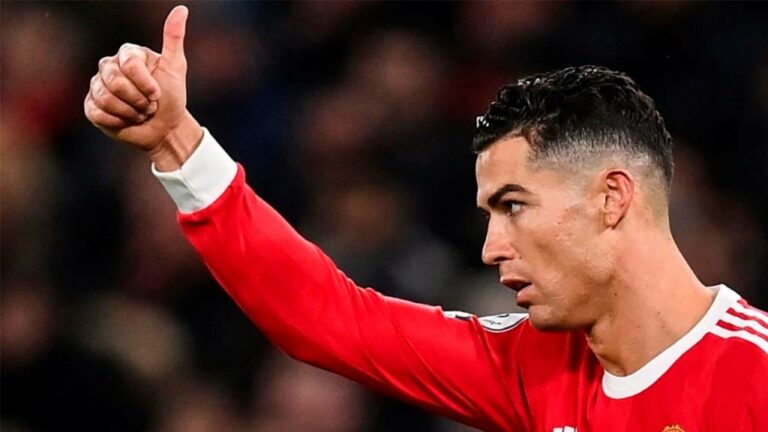 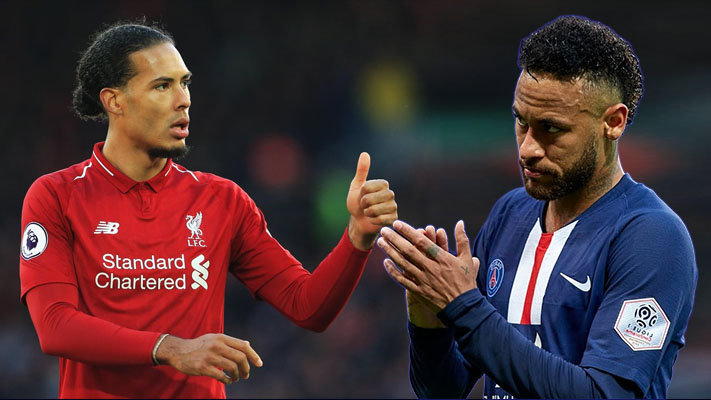 Paris Saint-Germain (PSG) winger Neymar has provided a glowing assessment of Liverpool centre-back Virgil van Dijk. The Brazil international showered the Dutchman with praise, complimenting the defender’s strength and intelligence. In an interview with DAZN Canada, Neymar was asked to describe what it’s like to play against Van Dijk. The former Barcelona forward said (via Liverpool Echo):… 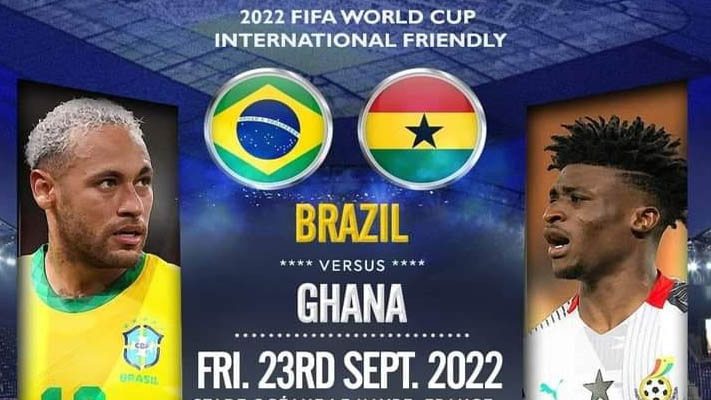 Brazil are set to play Ghana at the Stade Océane on Friday in an international friendly fixture. Brazil come into this game on the back of a 1-0 win over Hajime Moriyasu’s Japan in their most recent game. A second-half penalty from Paris Saint-Germain star Neymar secured the win for Tite’s Brazil. Ghana, on the… 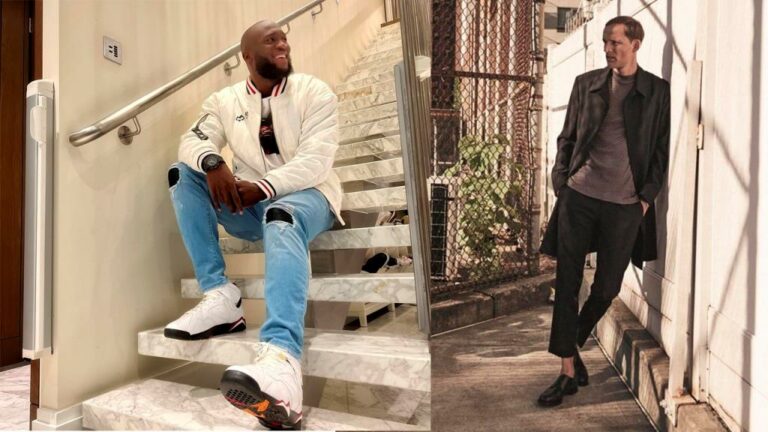