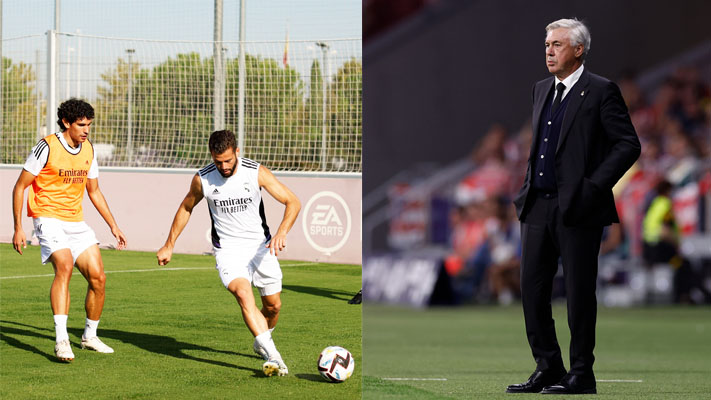 Real Madrid are preparing to welcome Osasuna to the Santiago Bernabeu on October 2 in La Liga. Carlo Ancelotti’s men have won all nine games this season, including six in the league.

Meanwhile, Los Blancos have come to a decision regarding their pursuit of Kylian Mbappe. Elsewhere, the Spanish giants have to pay €60 million to secure the services of a Flamengo midfielder.

On that note, here’s a look at the key Real Madrid transfer stories as on September 24, 2022:

Real Madrid have decided to close the door permanently on Kylian Mbappe, according to El Debate via The Real Champs.

The French forward was close to moving to the Santiago Bernabeu on a Bosman move this summer. Los Blancos were preparing to welcome him with open arms, only for the player to experience a late change of heart.

Mbappe opted to extend his stay with Paris Saint-Germain (PSG) instead, turning his back on the Spanish giants.

Real Madrid opted not to sign an alternate target, hinting that the club could return for the player in the future. The Frenchman has only signed a two-year deal with the Parisians and has control over the option of an additional year. As such, he continues to be linked with a move to the Santiago Bernabeu.

However, Madrid have decided not to submit another offer for Mbappe. Los Blancos will not return to the table for the Frenchman in the near future. The recent rise of Vinicius Junior could have played a part in their decision to abandon Mbappe’s pursuit..

Los Blancos have to pay €60 million for Joao Gomez

Real Madrid will have to pay €60 million for the signature of Joao Gomez, according to journalist Vene Casagrande via Madrid Universal.

The Flamengo midfielder, 21, is among the brightest young talents to emerge out of South America recently. His style of play has seen the player compared with Casemiro, who left the Santiago Bernabeu to join Manchester United this summer.

Los Blancos have signed Aurelien Tchouameni as Casemiro’s replacement. However, the La Liga giants also want to rope in Gomez as they prepare to build a midfield for the future.

The youngster is under contract with Flamengo till 2025 and has a massive €60 million release clause in his deal. He’s wanted by quite a few clubs in Europe, including Real Madrid, Liverpool and Bayer Leverkusen. However, Flamengo have no intention of letting Gomez leave for anything less than his release clause.

Los Blancos are willing to pay €40 million for the player, but that will not be enough for them to strike a deal. If they want to secure the services of the Brazilian, the La Liga side will have to pay out Gomez’s release clause.

Los Blancos oversaw a memorable campaign to lift the coveted trophy last campaign. However, the La Liga giants also made news by attempting to forge a new Super League away from UEFA.

During a recent meeting of the European Club Association, Al-Khelaifi called out the club’s strange behaviour.

Los Blancos are looking for an unprecedented quadruple this season, having already won the UEFA Super Cup.