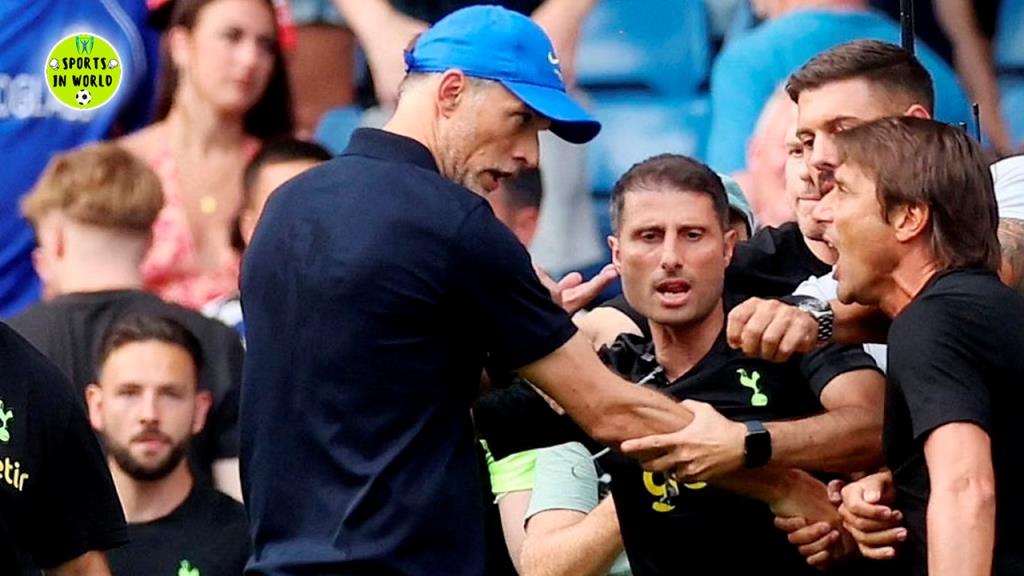 According to Christian Falk, the whole incident was ignited by Antonio Conte, who cursed the Blues management several times throughout the game. The journalist labeled the incident the “Handshake War” in his tweet:

“The “Handshake War“ between Tuchel and Conte was triggered by Conte: The Spurs Coach shoutet several times to the bench of Chelsea: ‘F**k off!”

Thomas Tuchel and Antonio Conte were included in a couple of feuds on the touchline during the game in the Premier League. The more hostile incident between the pair happened right after the full-time whistle.

Conte extended his hand to the German, as is customary after a game, but Tuchel grabbed on firmly to Conte’s hand and didn’t allow him to walk away. Conte then got in Tuchel’s face who pointed with his fingers towards his eyes while looking at the Italian, as if to say, “look into my eyes.”

The pair was swiftly separated by their team members, with referee Anthony Taylor showing red cards to both men.

Following the incident, both Conte and Tuchel have been charged by the FA for their misconduct. The statement from the governing body reads as follows [via eurosport]:

“Thomas Tuchel and Antonio Conte have both been charged with a breach of FA Rule E3, following the Premier League fixture between Chelsea and Tottenham on Sunday, August 14, 2022. It is alleged that the behaviour of both managers was improper following the end of the fixture. Both managers have until Thursday, 18 August, 2022 to provide their respective responses.”

It is worth mentioning that Antonio Conte was previously a Chelsea manager. The Italian tactician guided the Blues to the Premier League title back in 2017 and an FA Cup triumph in 2018. However, when he was sacked in 2018, Conte felt the injustice and had an angry response for the Blues management.

When do Chelsea and Tottenham Hotspur play again?

The second iteration of the London Derby between Chelsea and Spurs will take place on 25 February 2023 at the Tottenham Hotspur Stadium. The game will take place in the second half of the season following the 2022 FIFA World Cup in Qatar.

As things stand, both the Blues and Tottenham Hotspur have picked up four points from their opening two games this season. Thomas Tuchel’s side beat Everton 1-0 in their opening game while Spurs secured a 4-1 win over Southampton in their season opener. 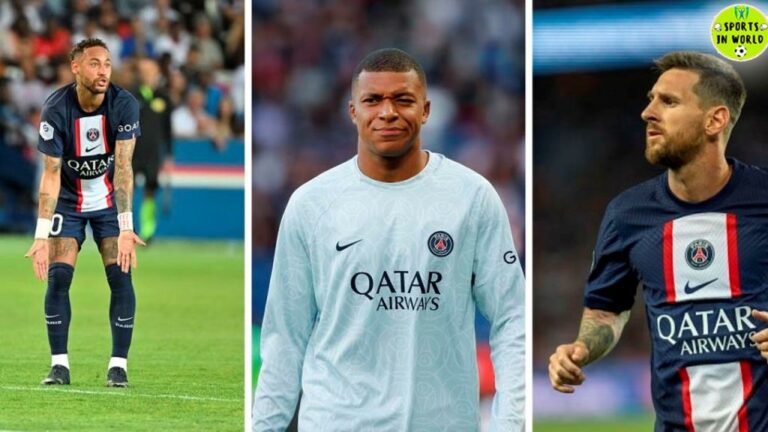 PSG duo Lionel Messi and Kylian Mbappe had a decent relationship on the pitch last season, but things don’t seem likewise this term. The Frenchman made headlines over the weekend after putting up a disrespectful gesture when the ball was passed to his Argentine colleague instead of him. That has attracted criticism from many, including… 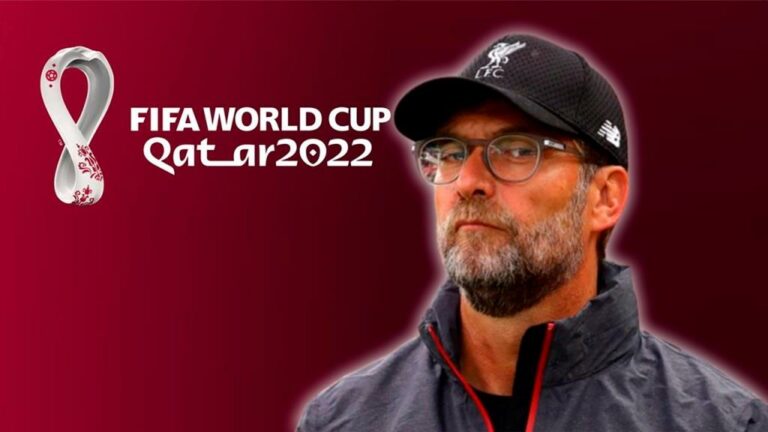 Liverpool forward Fabio Carvalho has said that he’s determined to make it to Portugal’s squad for the 2022 FIFA World Cup. The Portuguese is yet to make a senior appearance for the Seleccao. However, following his big move from Fulham, things could change between now and November, when the quadrennial event kicks off. Speaking to… 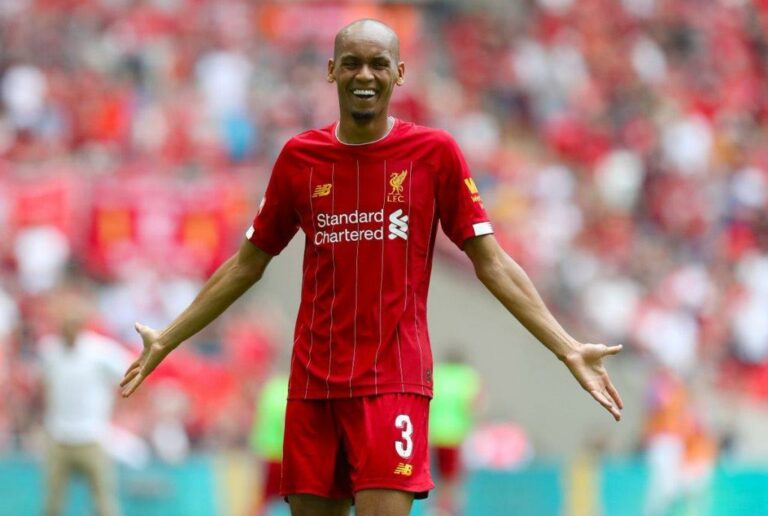 [vc_row][vc_column][vc_column_text] Football video. Video of Fabinho’s best moments Football.ua together with project partner Carlsberg present a selection of the best moments of Liverpool players from the championship season. [/vc_column_text][vc_raw_html]JTNDc2NyaXB0JTIwYXN5bmMlMjBzcmMlM0QlMjJodHRwcyUzQSUyRiUyRnBhZ2VhZDIuZ29vZ2xlc3luZGljYXRpb24uY29tJTJGcGFnZWFkJTJGanMlMkZhZHNieWdvb2dsZS5qcyUyMiUzRSUzQyUyRnNjcmlwdCUzRSUwQSUzQyUyMS0tJTIwMzYwJTJBMjgwJTIwLS0lM0UlMEElM0NpbnMlMjBjbGFzcyUzRCUyMmFkc2J5Z29vZ2xlJTIyJTBBJTIwJTIwJTIwJTIwJTIwc3R5bGUlM0QlMjJkaXNwbGF5JTNBaW5saW5lLWJsb2NrJTNCd2lkdGglM0EzNjBweCUzQmhlaWdodCUzQTI4MHB4JTIyJTBBJTIwJTIwJTIwJTIwJTIwZGF0YS1hZC1jbGllbnQlM0QlMjJjYS1wdWItNTExMzgyNjg4NTA4ODUzOCUyMiUwQSUyMCUyMCUyMCUyMCUyMGRhdGEtYWQtc2xvdCUzRCUyMjUyMDU3NDAwODElMjIlM0UlM0MlMkZpbnMlM0UlMEElM0NzY3JpcHQlM0UlMEElMjAlMjAlMjAlMjAlMjAlMjhhZHNieWdvb2dsZSUyMCUzRCUyMHdpbmRvdy5hZHNieWdvb2dsZSUyMCU3QyU3QyUyMCU1QiU1RCUyOS5wdXNoJTI4JTdCJTdEJTI5JTNCJTBBJTNDJTJGc2NyaXB0JTNF[/vc_raw_html][vc_column_text]In the new season of the English Premier League, Liverpool will have to try themselves in a new role and defend the trophy won at the end… 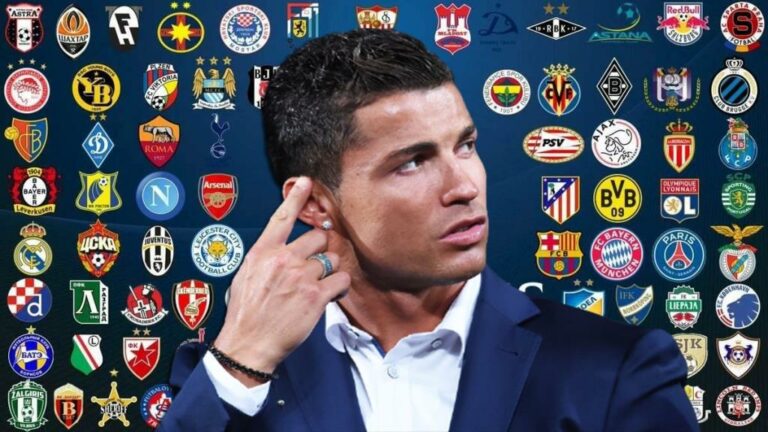 Disclosure: This post contains affiliate links. If you buy or sign-up through one of those links, you won’t pay a penny more but we’ll get a small commission that helps me in running this blog. Read the Disclosure page. Like many others, Juventus is experiencing financial difficulties, and the management is seriously thinking about how to save… 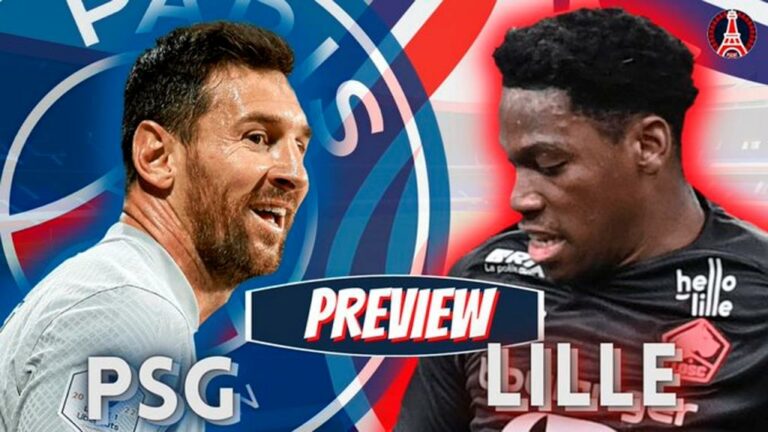 The Ligue 1 features a battle between two of the biggest teams in France this weekend as Lille lock horns with Christophe Galtier’s PSG in an important clash at the Stade Pierre-Mauroy on Sunday. Lille vs PSG Preview Lille are currently in fourth place in the Ligue 1 standings and have made a fairly impressive… 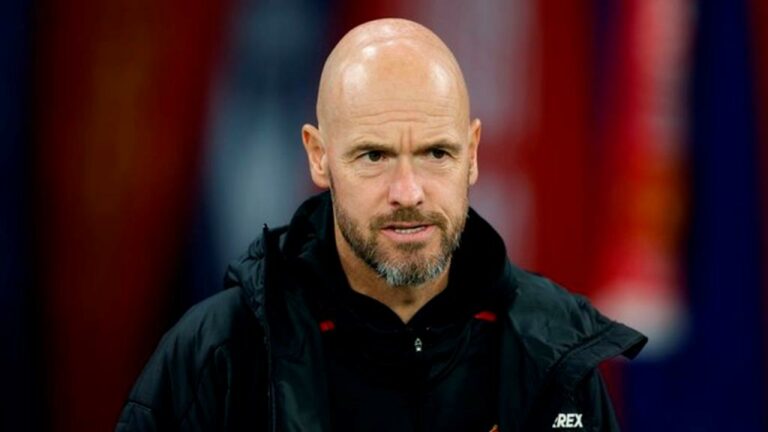