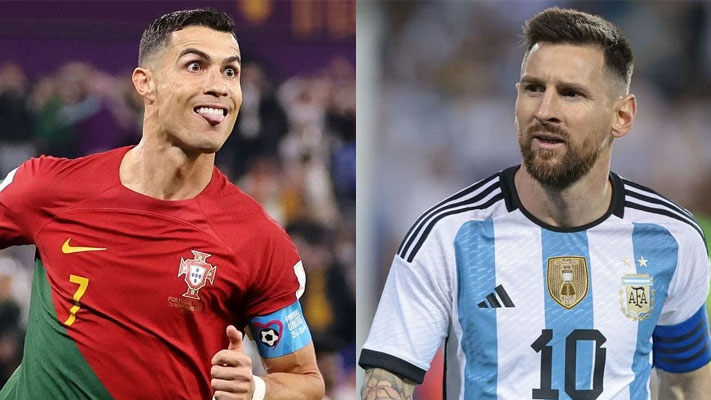 Lionel Messi and Cristiano Ronaldo could once again get involved with the FIFA World Cup, even after featuring in what could be their last appearance in the tournament in Qatar this year.

According to a report from The Telegraph (via Mirror), Lionel Messi and Cristiano Ronaldo could work together at the forefront of Saudi Arabia’s 2030 World Cup bid.

The Middle-Eastern nation is pushing their bid to host the prestigious competition in 2030, and having two of the greatest players in history working in their favor would go a long way in boosting their pedigree.

As per the story, they already have Messi on site after they struck an agreement with the Argentine superstar worth a whopping £25 million annually to promote tourism in the country.

Meanwhile, the report also mentions that Ronaldo’s camp is expecting offers from the Gulf state after bidding farewell to Manchester United last week. The five-time Ballon d’Or winner’s contract was terminated by the Premier League giants following his recent controversial interview with Piers Morgan, and he’s currently without a club.

It wouldn’t be far-fetched to say that Cristiano Ronaldo is probably primed to play in Saudi Arabia at some point in this latter phase of his career. During his interview with Piers Morgan, the Portuguese opened up about turning down an offer from the Gulf state in the summer transfer window.

Now that he’s a free agent, the possibility of such a move materializing has increased, especially considering that no European elite club will be eager to sign him at his current age. The 38-year-old will be looking to get his future sorted before the World Cup ends in December. It remains to be seen what the future has in store for him.

Meanwhile, both Lionel Messi and Cristiano Ronaldo are currently in Qatar, representing their respective countries in the 2022 FIFA World Cup. The Argentine will play his second game of the tournament today, while the Portuguese will do the same on Monday.

Lionel Messi scored Argentina’s only goal in the 2-1 defeat to Saudi Arabia. By doing so, the seven-time Ballon d’Or winner became the first-ever Argentina player to score in four editions of the tournament. He also raised his overall tally to seven goals.

Cristiano Ronaldo, on the other hand, also found the back of the net as Portugal managed to earn a hard-fought 3-2 win over Ghana this week. That made him the first player in history to score in five consecutive editions of the World Cup and also raised his goal count in the competition to eight.