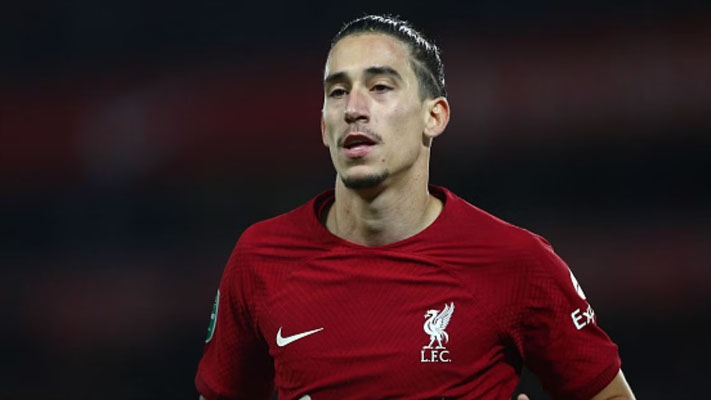 Liverpool are prepared to offer Kostas Tsimikas in a swap deal with Juventus for midfielder Adrien Rabiot, as per Calciomercato.

The Reds are on the lookout for a new midfield signing following an injury crisis at Anfield that has taken hold this season.

Thiago Alcantara and Naby Keita have run into fitness issues, while loan signing Arthur Melo is set for a long spell on the sidelines.

Arthur arrived from Juventus on a season-long loan with the option to buy for £30 million.

Liverpool could return to Juve for Rabiot, 27, and are interested in sending Tsimikas, 26, in the opposite direction.

The French midfielder is representing Les Bleus at the 2022 FIFA World Cup in Qatar.

He scored the side’s first goal of the tournament in a 4-1 win over Australia on 22 November.

Rabiot has made 16 appearances across competitions for the Old Lady, scoring five goals and providing two assists.

Liverpool are keeping an eye on the Frenchman’s contract situation as he has only eight months left on his deal.

They could strike a pre-contract agreement in January, but they may also consider an equal exchange that sees Tsimkas join the Italian side.

Tsimkas joined Liverpool from Olympiakos in 2020 for £11.75 million.

The Greek full-back has made 16 appearances this season, eight as a starter, and has provided five assists while helping the Reds keep seven clean sheets.

Rabiot was heavily linked with a move to United this past summer, with Erik ten Hag keen to bolster his midfield options.

The Red Devils agreed on a €17 million fee with Juve for the French midfielder but the deal collapsed over Rabiot’s wage demands.

The former Paris Saint-Germain man has now touched on the rumors of a move to Old Trafford by revealing that he had contact with Premier League clubs.

Rabiot said that the decision to remain at Juve and not depart for the English top tier was the right one.

“It’s true, there were contacts with Premier League clubs, but in the end, I was lucky to stay, perhaps it was the best decision. The Premier League is the most followed league, but I don’t think about the future. I am focused on the World Cup. The club and I are in no hurry, there’s serenity so we can consider all options.”

Aston Villa star admits he was star struck while facing Argentina captain Lionel Messi – “He’s walked out with a Messi shirt for me, brilliant!”