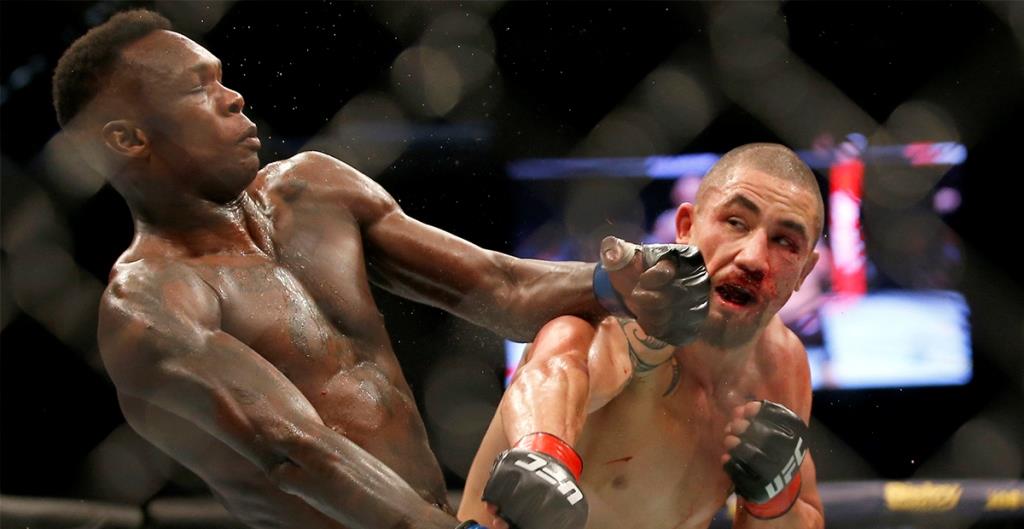 Robert Whittaker provided an introspective view of what he learned about himself after losing to reigning UFC middleweight champion Israel Adesanya.

The top-ranked 185-pounder revealed that he had to do some serious “soul searching” after losing the title to ‘The Last Stylebender.’ According to Whittaker, his unjustified anger and hatred towards Adesanya led him to fight carelessly, ultimately leading to his downfall.

Appearing as a guest on the latest episode of The MMA Hour, Whittaker said he believes “I wore myself out” by carrying a grudge against the Kiwi fighter. He shared:

“It got tiring being angry at him. And for no real reason, you know? It’s not like he came to my house and stole my TV. So yeah, I got over it. And honestly… once I let that go, I started seeing him like everybody else. I don’t hate the guy anymore. If anything, I respect his skillsets. I respect him for just doing his thing.”
Additionally, Whittaker said he put in the effort to try to become a more mellow person. The former middleweight titleholder continued:

“After the first loss, I had a big chunk of soul-searching and trying to understand myself and my own headspace. You know, that kind of set the foundation up for everything that I can do so it’s like I get in my own head a lot and try to dissect things to try and make my life easier.”

Whittaker will get a chance to reclaim the title and redeem himself against Adesanya at UFC 271. ‘The Reaper’ earned a title shot after amassing three straight wins.