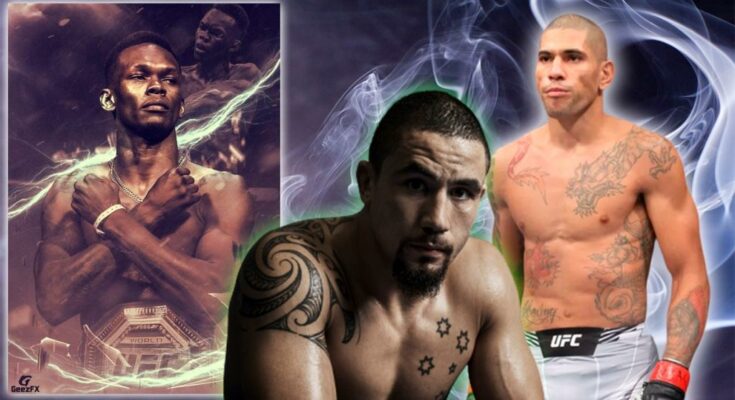 Pereira (6-1 MMA, 3-0 UFC) holds both decision and knockout wins over Adesanya (23-1 MMA, 12-1 UFC) in kickboxing, and the pair are expected to throw down for a third time in the octagon.

Although Pereira has gotten the best of Adesanya twice in kickboxing, Whittaker wonders how the former two-division Glory champion will react to Adesanya’s punches in 4-ounce gloves.

“Mate, that’s an interesting fight, because I guess a big thing’s gonna be how Alex takes shots, how he handles the shots from Adesanya with the smaller gloves,” Whittaker told Submission Radio.

“Because it’s not like Adesanya had an impossibly hard time hitting Alex in their kickboxing fight.

“So, we’ll see how he takes the shots. But like I said, Adesanya’s got some of the best defensive striking in the game. Looking forward to the fight actually. It’s punch and kick each other to high heavens. So, that’ll be fun.”

Despite Adesanya being the much more experienced MMA fighter, Whittaker doubts the champion tries to take the fight to the ground.

Whittaker (23-6 MMA, 14-4 UFC), a former UFC middleweight champion, is looking to earn another shot at gold when he meets Marvin Vettori on Sept. 3 at a UFC Fight Night event in Paris.