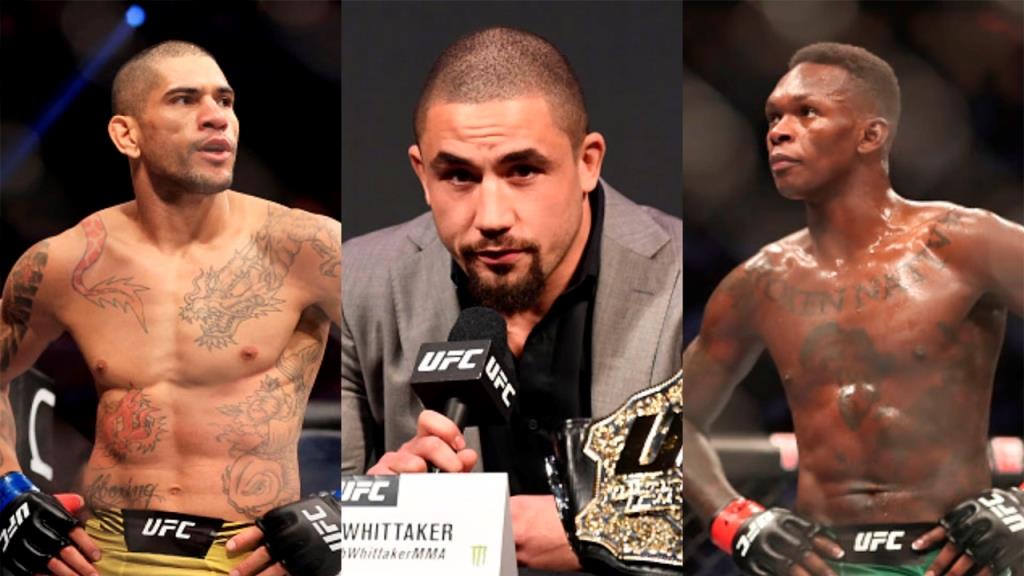 During media obligations leading into his fight this weekend, Robert Whittaker spoke about how he sees Israel Adesanya‘s “kickboxing fight with small gloves” clash against Alex Pereira playing out.

‘Poatan’ is a former Glory light heavyweight and middleweight champion who made the switch over to the UFC in 2021. Coming into the octagon with a 3-1 record in the sport, the Brazilian quickly made his presence known in the middleweight division and has been solely focusing on MMA ever since.

While discussing the upcoming matchup between the two titans, Robert Whittaker shared his expectancy for the fight, believing the brawl to play out like a kickboxing bout:

“That’s an interesting fight. I do think it’s gonna be a kickboxing fight with small gloves. You’ve got a rangy, tall, defensive striker versus a rangy, tall, offensive striker, it’s gonna be interesting. He’s [Alex Pereira] very tall, he’s gonna have advantages in the striking department that myself did not have because [of] the distance he can reach and the length of his arms. I’m very interested in it, the small gloves is going to be a big variable compared to the first two fight they had against each other.”

Alex Pereira holds two victories over Israel Adesanya in the world of kickboxing. Despite clearly losing to ‘The Last Stylebender’ in their second outing, the 35-year-old delivered a sickening left hook that knocked out the current UFC 185lbs champion.

Robert Whittaker faces Marvin Vettori in the co-headliner of UFC Paris this weekend with title implications potentially on the line.

If he wins, what’s next for Israel Adesanya after UFC 281?

Israel Adesanya is unbeaten in the middleweight division and always finds a way to outscore his opponents even on his off-nights. So, if he beats long-term rival Pereira, what’s next for him?

Overcoming the threat of the Brazil native would mean that the New Zealander would have beaten each of the top six ranked UFC middleweights, some on multiple occasions.

A short hiatus from the sport could be on the cards, but there are still options for the Nigerian-born superstar to consider once his war at UFC 281 comes to a close.

Another jump up to light heavyweight seems most likely and Israel Adesanya would welcome the chance at facing current 205lbs champion Jiri Prochazka in what should be a stand-up war.

Check out what the Australian had to say about the forthcoming middleweight title showdown in the video below: 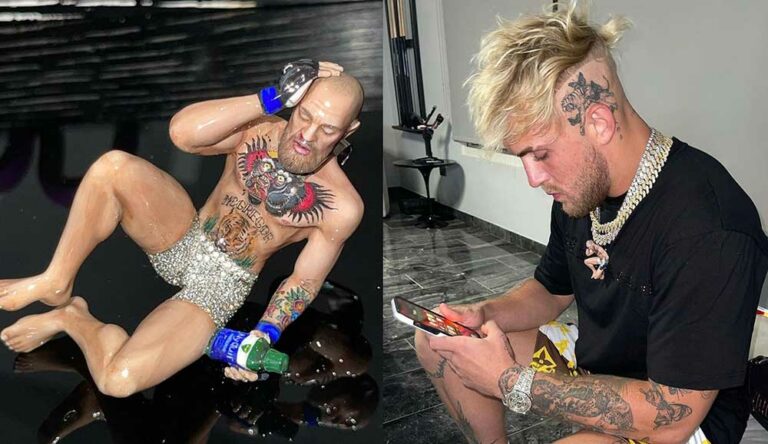 Popular blogger Jake Paul presented his fans with a new jewelry worth one hundred thousand dollars, depicting Conor McGregor lying in a knockout. “A new chain” Sleepy McGregor “for 100 thousand dollars,” Paul wrote on Twitter, posting the corresponding video. “Hey, McGregor, you better win today, otherwise your career will be over,” the blogger said,… 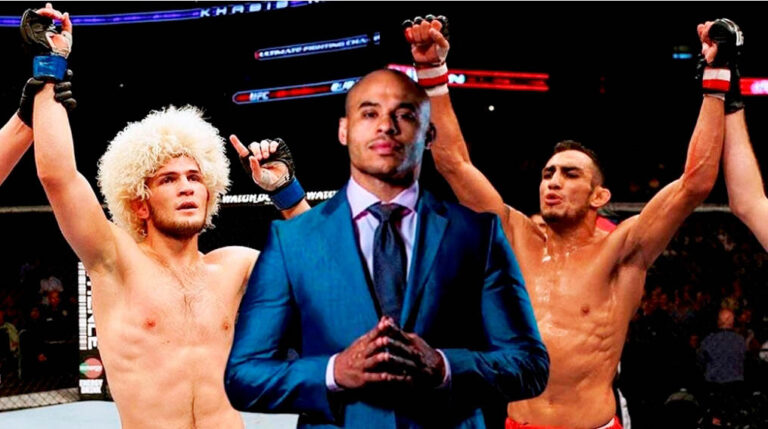 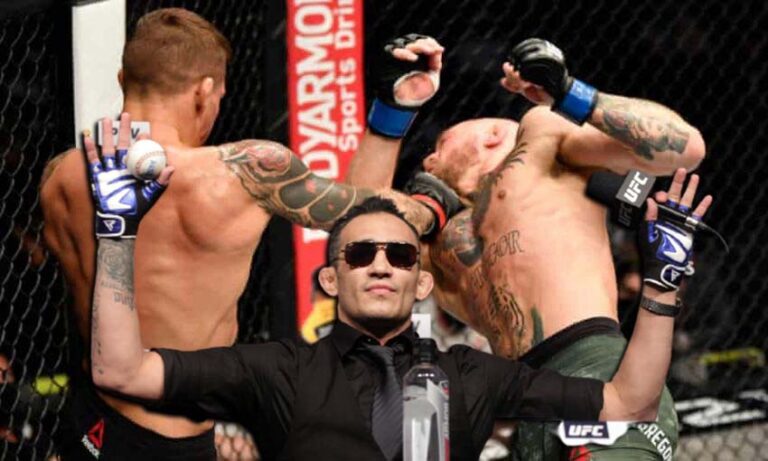 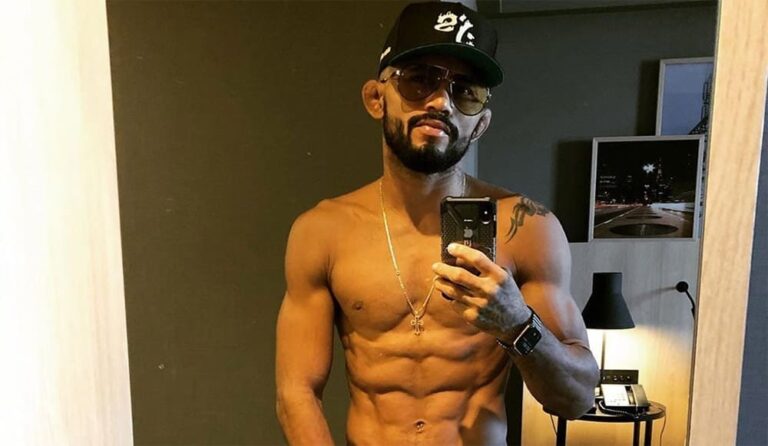 [vc_row][vc_column][vc_column_text] Deiveson Figueiredo passed a negative coronavirus test. But the fight with Joseph Benavidez is valid Repeated testing did not confirm the presence of coronavirus infection in the body of Deiveson Figueiredo, so his title fight against Joseph Benavidez remains valid. The Brazilian, who did not make a charter flight from Sao Paulo to Abu… 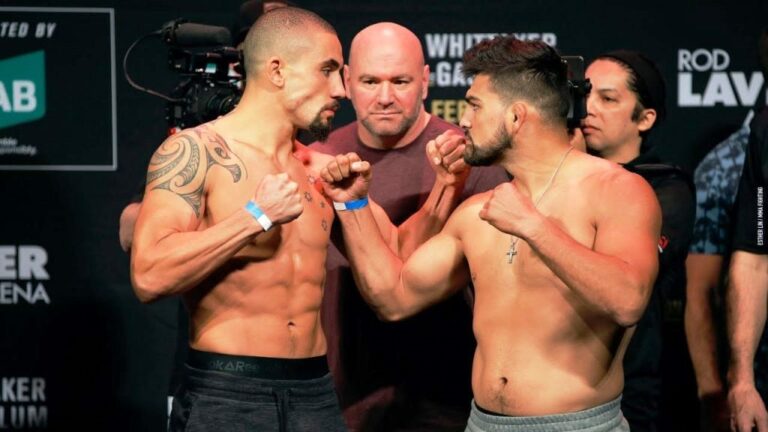 The official weigh-in for tomorrow’s UFC on ESPN 22 is taking place at UFC Apex in Las Vegas, Nevada. The main event of which will be a middle-division fight between former promotion champion Robert Whittaker and former interim title challenger Kelvin Gastelum. For your attention the weighing results UFC on ESPN 22: MAIN CARD (ESPN,… 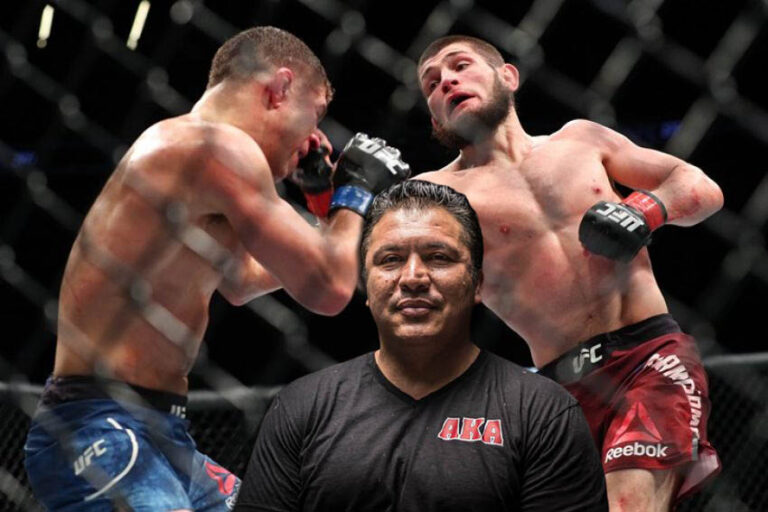 Javier Mendez, coach of UFC lightweight champion Khabib Nurmagomedov, understands that his ward’s striking technique is far from ideal, but is convinced that the Dagestani could improve it if he wanted to. “If we evaluate Khabib’s technique, then I would give his boxing 6 out of 10. But you must understand that 10 is, for…