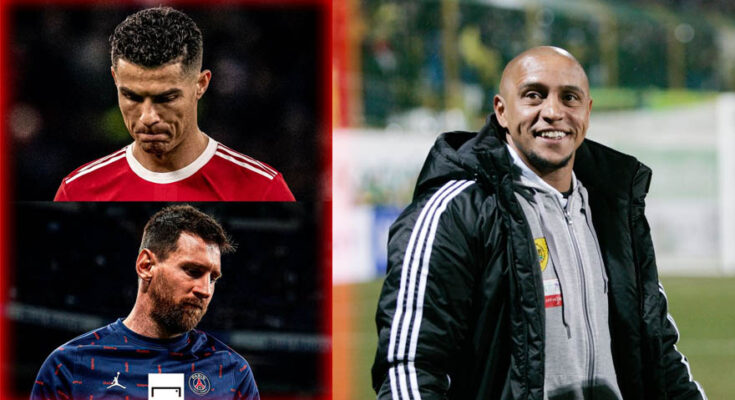 Carlos claimed that the Portuguese was one of a kind and perfectly represented the most elite cup competition in Europe.

Ronaldo and Messi have been the two greatest players of the era. With 12 Ballons d’Or between them, the duo have dominated football like no other.

With 813 goals, 37-year-old Ronaldo, who is currently plying his trade at Manchester United, is the leading scorer in the history of men’s football.

Messi, who is over two years younger than him, has 764 goals for his clubs and country. While the Manchester United ace is seen as a ruthless goalscorer, the PSG man is hailed for his goalscoring as well as creativity.

Picking between the duo was a difficult task, but Carlos unhesitantly picked Real Madrid’s record goalscorer over the Barcelona legend. Explaining his controversial decision, the Brazilian said (via Daily Post):

“Cristiano represents exactly what the Champions League is and modern football. We will only have one Cristiano.”

Ronaldo has won the Champions League five times in his career — once with Manchester United and four times with Real Madrid. Messi, on the other hand, won all three of his Champions League titles with Barcelona.