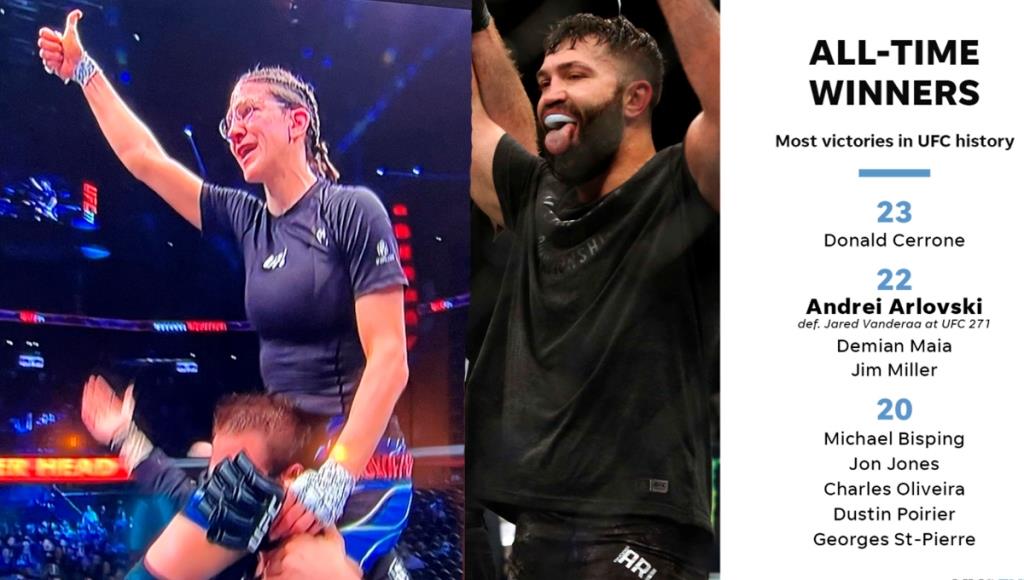 Roxanne Modafferi hung up her gloves following the split decision (28-29 x2 and 29-28) loss to Casey O’Neill at UFC 271 in Houston, Texas, on Saturday night.

Modafferi lost to Nicco Montano in the inaugural UFC women’s flyweight championship encounter back in December 2017. ‘The Happy Warrior’ holds a 25-20 win-loss record in her 18-year professional MMA career.

Many renowned faces paid tribute to ‘The Happy Warrior’ on social media. Former UFC middleweight champion Chris Weidman was quick to share his thoughts on the retirement. Modafferi’s former opponent and WWE superstar Shayna Baszler also reacted to the loss.

See how several MMA fighters, journalists and fans reacted to Roxanne Modafferi’s retirement on Twitter below:

Modafferi has suffered defeats in her last three UFC fights. She lost to Viviane Araujo and Taila Santos last year before falling to O’Neill. Her last victory inside the octagon came against Andrea Lee in September 2020.

‘The Happy Warrior’ has fought in multiple divisions throughout her career, from flyweight to even middleweight. She even participated in The Ultimate Fighter 18 and 26. She’s unsuccessfully challenged for titles at Strikeforce and Invicta FC promotions before her UFC days.

See how several MMA fighters, journalists and fans reacted to Roxanne Modafferi’s retirement on Twitter below:

Former UFC heavyweight champion Andrei Arlovski had a different outcome in his fight compared to Modafferi.

The 43-year-old overcame Jared Vanderaa via split decision (29-28 x2 and 28-29) to rack up his fifth win in six fights. The former champion improved to a 33-20-2 win-loss-no contest record in the process.

Arlovski has now tied ‘Cowboy’ Donald Cerrone for the second-most fights contested in UFC history with 37. He is just one bout behind record-holder Jim Miller.

‘The Pitbull’ is also tied with Demian Maia and Miller for the most victories in the world’s biggest MMA promotion at 22. Cerrone, with 23 triumphs inside the octagon, is the topper on this list.