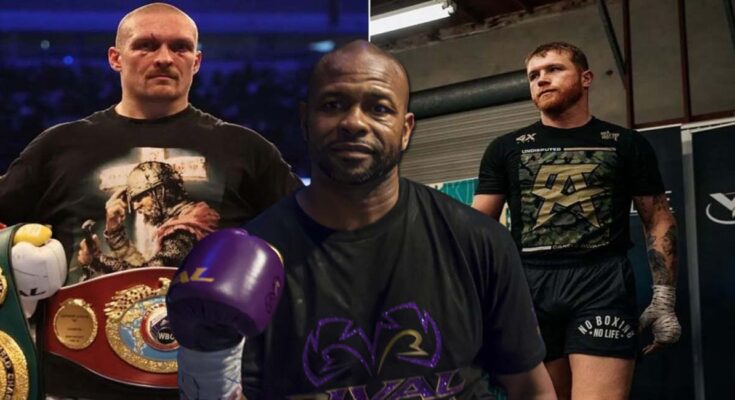 Earlier promoter Eddie Hearn said that Canelo is confident in success over the boxer from Ukraine, but only under certain conditions regarding weight.

Roy Jones Jr. would back Oleksandr Usyk to beat Saul ‘Canelo’ Alvarez in a what he predicts would be an easy fight for the unified heavyweight champion.

Roy Jones captured his first world title at middleweight and eventually made history by winning the WBA heavyweight title from John Ruiz in 2003.

Earlier this week, it was revealed by promoter Eddie Hearn that Canelo expressed his confidence in beating Usyk for the heavyweight titles – if they met at a catch-weight of 201-pounds.

“When we talk about mindset and winning, he genuinely believes he can beat Oleksandr Usyk for the world heavyweight title. He said to me ‘if you can make that fight at one pound above cruiserweight [200lbs] I will beat him,'” Hearn told JOE.

“I find it hard not to believe him. Sometimes, the only way someone like Canelo Alvarez or Vasyl Lomachenko gets beat is when they keep moving up in weight outside of where they should be. That’s maybe how Canelo Alvarez gets beat, (when) it’s a challenge too far.”

Usyk, who became the undisputed world champion at cruiserweight, moved up to heavyweight in 2019.

Last year, he outboxed Anthony Joshua over twelve rounds to capture the IBF, IBO, WBA, WBO world titles. A rematch is being put together for a date in July.

Jones does not see any reason for Usyk to consider this fight – other than a big payday.

“Why would you go back down to cruiserweight to fight Alvarez when you have Tyson Furys, Deontay Wilders, Anthony Joshuas? You’ve got so many big guys in the weight class that you are champion at right now that it makes no sense unless you’re making way more money.”

Canelo, who holds the undisputed crown at 168-pounds, is back in the ring on Saturday night, when he challenges WBA light heavyweight champion Dmitry Bivol at the T-Mobile Arena in Las Vegas. 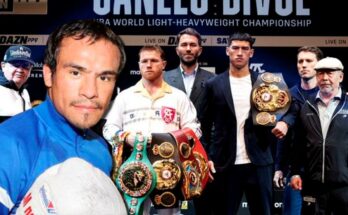