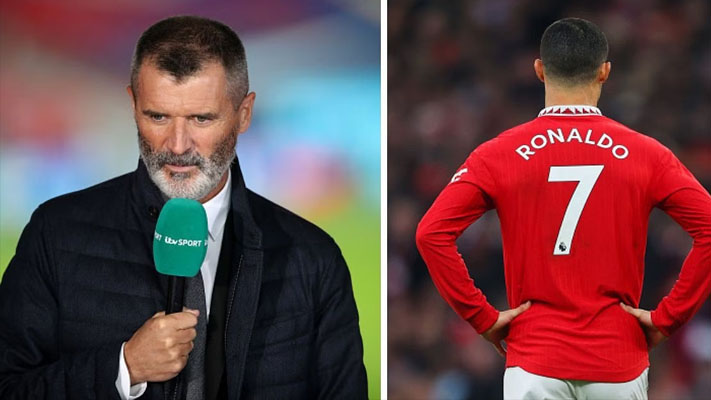 Manchester United legend Roy Keane has said that the club’s potential sale will cheer him up after Cristiano Ronaldo’s departure, as per Manchester Evening News.

The Red Devils released a statement on Tuesday night (22 November) confirming the owners’ intentions to commence a process to explore strategic alternatives for the club.

It means the Glazers are looking to sell the club for the first time in 17 years during an ownership that has involved a fractious relationship with supporters.

Fans have constantly chanted “Glazers Out” during matchday as the Americans failed to forge any form of alliance with the Old Trafford support.

Big-money signings such as Antony from Ajax for £85.5 million have failed to turn around the fans’ image of their owners.

Keane has reacted to the news in celebratory fashion, telling ITV Sport:

Keane also admitted that news of the potential sale would cheer him up after Cristiano Ronaldo departed the club.

The Glazer family have instructed investment bankers to oversee the process, likely to be either a full or partial sale or strategic partnership with third parties.

United join Liverpool as the latest Premier League heavyweight to be on the verge of a potential sale.

Cristiano Ronaldo has left Manchester United after mutually agreeing to terminate his contract.

The Portuguese forward was controversially interviewed by broadcaster Piers Morgan in which he gave a damning verdict of the Glazers.

“The owners of the club, the Glazers, they don’t care about the club, professional sport. Manchester (United) are a marketing club – they get money from the marketing.”

Cristiano Ronaldo joins a long list of former Manchester United players to call out the Glazers, including ex-captain Gary Neville.

The Sky Sports pundit demanded that the owners sell the club earlier this month by comparing the situation to Liverpool’s.

He said (via Manchester Evening News):

“I said five months ago Manchester United owners have to sell the club because they need the cash to redevelop the training ground and stadium like what Liverpool are doing.”

“Owners are thinking now is a good time to get out. The Glazer family at Manchester United may be thinking the same thing about getting out now as they need the cash, but the difference with them is that some members of the family don’t want to get rid of the club.”