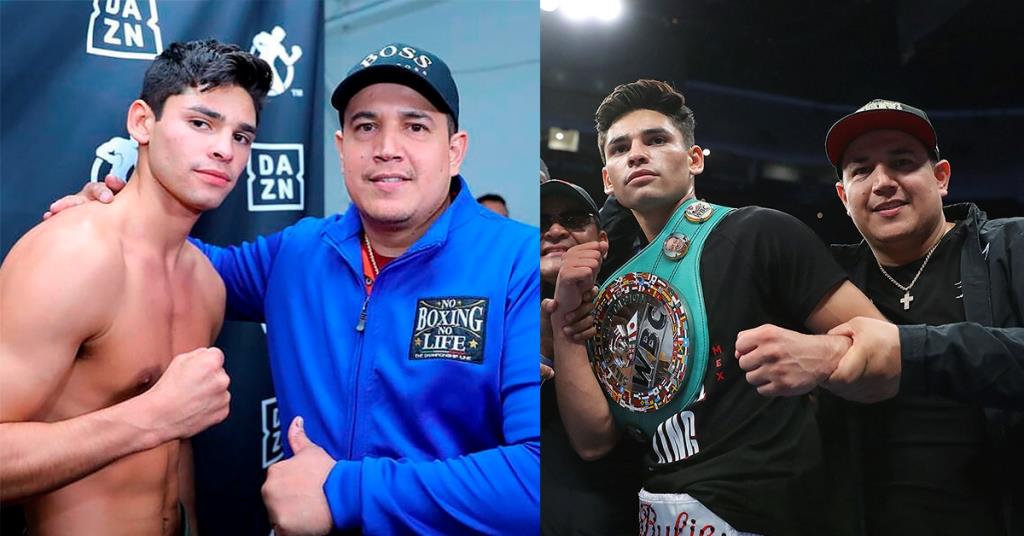 Ryan Garcia has announced that he is parting ways with his head trainer Eddy Reynoso.

Garcia was training with Canelo’s longtime trainer since 2018 and has decided to switch trainers. ‘KingRy’ announced that he will be training with Hall of Fame trainer Joe Goosen moving forward but failed to give a reason for his split with Eddy Reynoso.

In a statement released by Garcia, he mentioned that he trained with Goosen when he was growing up and is excited to resume training under him again. ‘KingRy’ said:

“I’m excited to announce that I will now be working with Hall of Fame trainer Joe Goossen, in addition to my father, Henry Garcia. Joe’s legendary career spans several decades working with championship fighters. I worked with Joe when I was growing up, and the two of us have maintained a great relationship over the years. I can’t wait to pick back up where we left off, and to continue this journey together. I’ll now be working out of my own gym, Fierce King, in San Diego and my goal remains the same: to become a world champion.”

“I would like to thank Eddy Reynoso for everything. Eddy has been in my corner since 2018, and I’ve learned a lot from him, both inside and outside the ring. We built an incredible friendship that I’ll always cherish. On behalf of my whole team, I wish Eddy continued success in his amazing career.”
Garcia found a lot of success training under Eddy Reynoso over the years. It will be interesting to see if he can carry on the same momentum with Joe Goosen in the years to come.

Ryan Garcia is set to make his return on April 9th

Ryan Garcia is set to return to the boxing ring against Emmanuel Tagoe on April 9th. ‘KingRy’ has been out of action ever since his emphatic victory over Luke Campbell back in January 2021.

Emmanuel Tagoe holds a pro-boxing record of 32-1 and is a former IBO Lightweight champion. However, it is very unlikely that Ryan Garcia will be overwhelmed by the threat that the Ghanian poses.

Garcia is eyeing a fight with George Kambosos Jr. later this year. The possibility of that bout coming to fruition will highly depend upon his performance against Tagoe come April 9th.