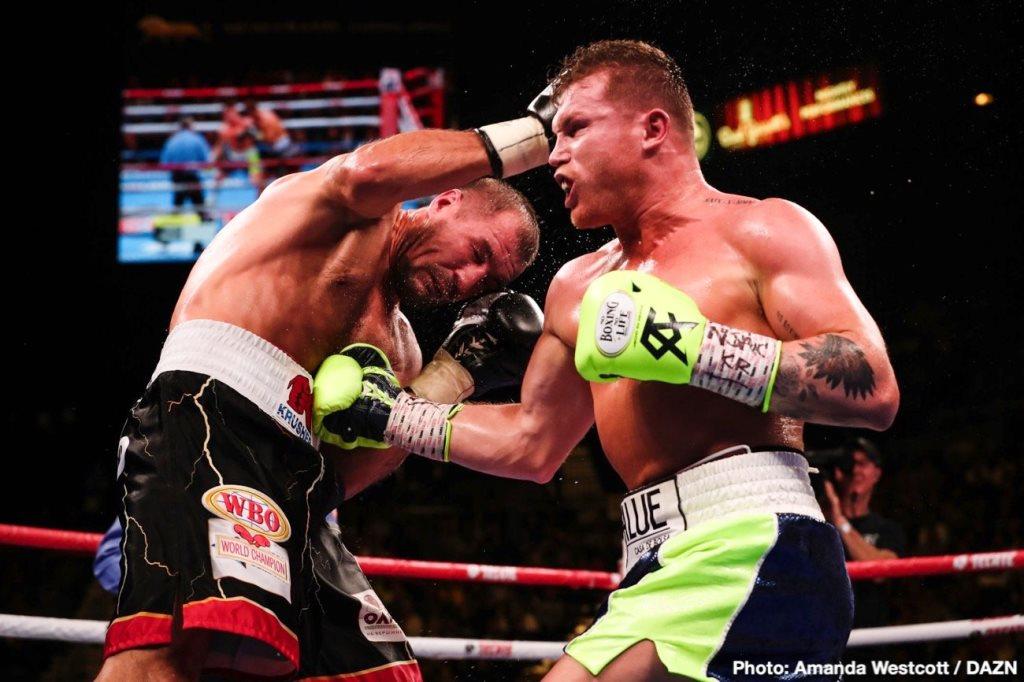 Mark Tibbs, the head coach of the former two-weight world champion Billy Joe Saunders, said that his ward did not see anything with his injured right eye, forcing him to make such a drastic decision and stop the fight with Saul Alvarez.

Recall that Canelo managed to stop Saunders by breaking the British orbital bone. The ex-WBO champion’s angle decided to withdraw his ward after the 8th round, which caused a mixed reaction in the boxing community.

Tibbs explained that he didn’t like Saunders’ condition and says the boxer allowed him to make the final decision regarding the contest being stopped or moving forward. The veteran coach decided to call it day before the start of the ninth.

It was revealed later that Saunders suffered several fractures on the orbital bone of his right eye. He underwent surgery in Dallas. The recovery process is expected to take a long time, according to promoter Eddie Hearn.