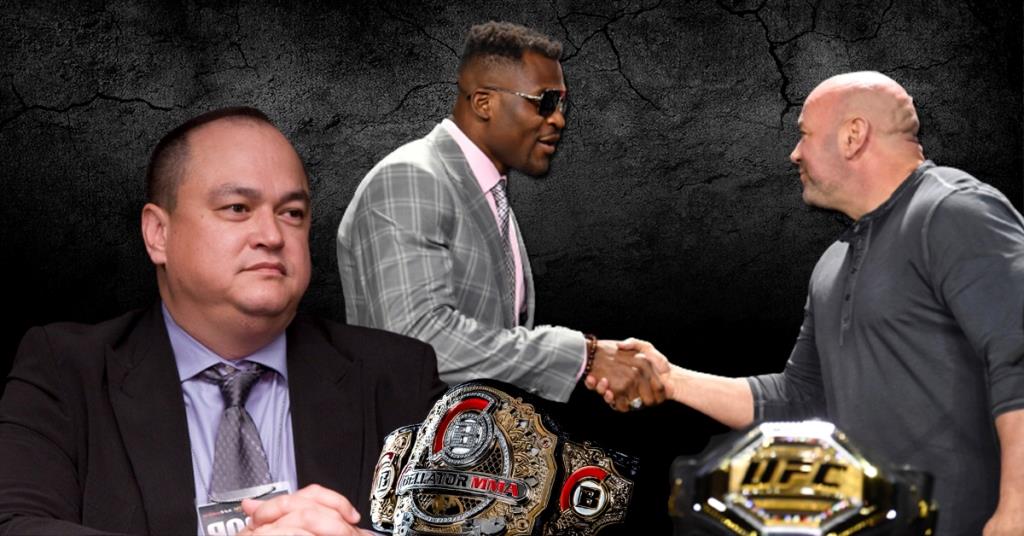 Scott Coker is willing to get Francis Ngannou on board Bellator. Ngannou will not be short of options if he decides to part ways with the UFC in the near future. The UFC heavyweight champion has been at loggerheads with the promotion’s brass over the demands of an improved contract.

Speculation about Ngannou’s future in the UFC grew further after Dana White shied away from putting the title around the champ’s waist following his latest title defense against Ciryl Gane.

Amid a shadow over Ngannou’s future in the promotion, Bellator CEO Scott Coker said he’d be happy to sign the fighter if he decides to test free agency going forward.

Speaking at a press conference following Bellator 274, Coker said he wouldn’t contact Ngannou as long as he remains a UFC fighter. However, if he chooses to part ways with the UFC and the timing is right, Coker is willing to get Ngannou on board. The Bellator supremo said:

“We haven’t talked to him because he’s still under contract, he still has championship fights but if he’s a free agent one day and you know the timing’s right, we feel it’s a good fit and you know we’ll decide that time.”

“The philosophy is still the same, look, if you’re a free agent and you want to come shop your wares and your brand and your business, come talk to us because we are in the business of signing the biggest and the best free agents on the planet.”

Francis Ngannou supports Jake Paul’s decision to continue calling out Dana White over the alleged poor treatment of UFC fighters. The YouTuber-turned-boxer has been lobbying for increased pay and long-term healthcare facilities for fighters for a while now, and ‘The Predator’ appreciates his efforts.

According to Ngannou, the promotion should provide healthcare facilities to fighters who put their bodies at risk every time they step inside the octagon. In a recent video shared on his YouTube channel, Ngannou said:

Francis Ngannou beat Gane with an injured knee. However, he is set to sit on the sideline for some time after undergoing knee surgery. It is to be seen if Ngannou’s next fight is in the UFC or in another promotion.