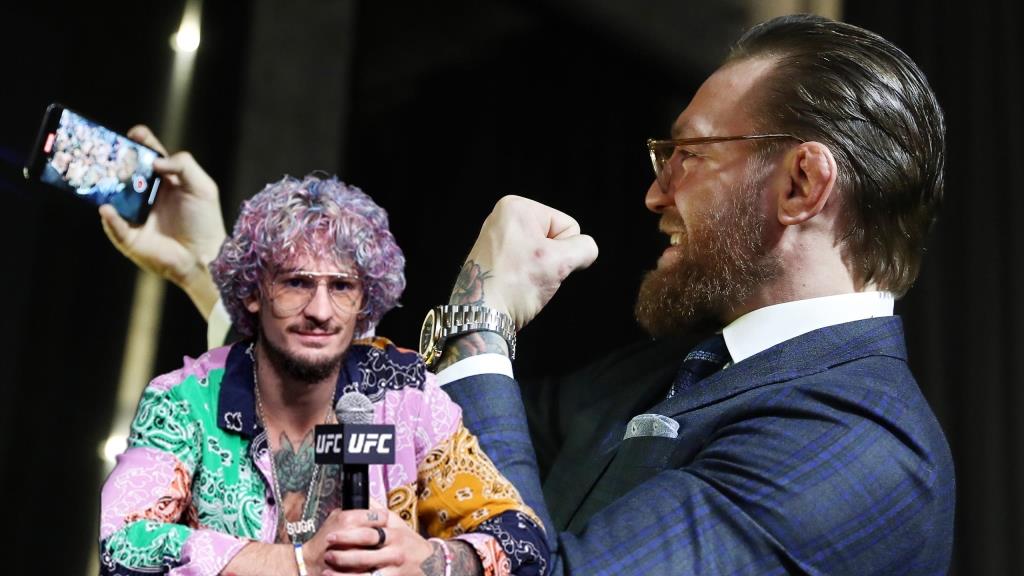 Bantamweight prospect Sean O’Malley responded to the critics who say that he copies promotional superstar Conor McGregor ahead of UFC 264.

O’Malley takes on UFC newcomer Kris Moutinho in the opening main card fight at Saturday’s pay-per-view, which features McGregor against Dustin Poirier in a trilogy fight that serves as the main event. Ever since O’Malley stepped into the UFC, there have been comparisons drawn to McGregor as both men are ultra-confident trash talkers who possess massive knockout power in their fists. But O’Malley is denying that he copies McGregor.

Speaking to the media ahead of UFC 264, Sean O’Malley gave McGregor tons of credit for the way he carries himself and for the way he performs inside the cage, but “Suga” denied that he has copied “Notorious,” though he admits that he’s taken certain inspirations from him.

“I think the first time I watched him fight was against Max Holloway. There’s just something about him like, damn, I want to watch him fight again, I want to continue to watch. I’ve watched every single interview he’s ever done. I’ve watched all of his fights, multiple times. I love the way he carries himself,” O’Malley said. “A lot of people say that I try to be like Conor. You can have two people that have similar personalities. ‘Oh you try to dress like Conor, you try to fight like Conor, you try to act like Conor, talk like Conor.’ That’s not true at all. I definitely have taken bits and pieces and learned from him, which is the smart thing to do. Learn from someone who is that successful and doing that well. But yeah he’s definitely inspired me a ton. The way he carries himself. The way he handles pressure. The way he goes into these big fights. I’ve learned a lot from him.”