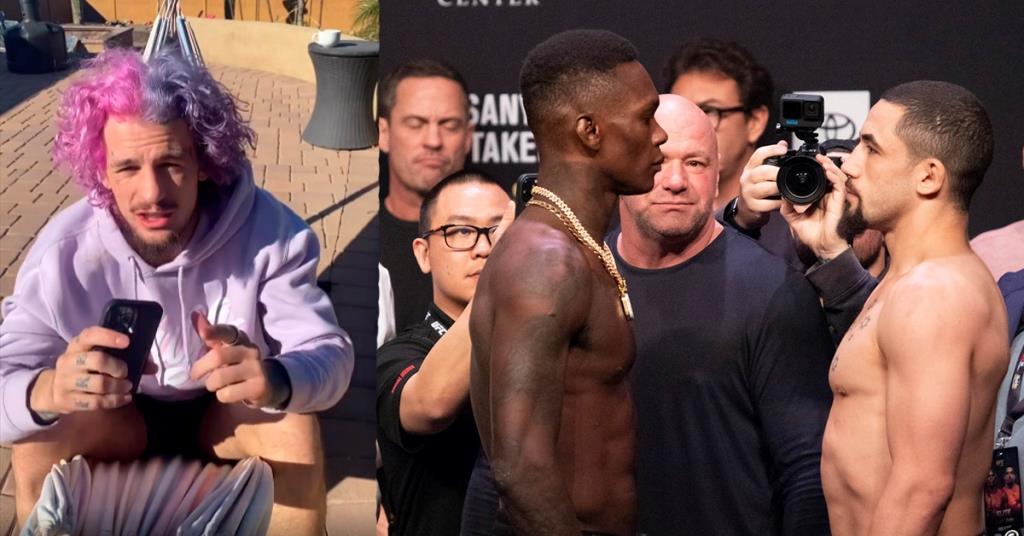 Israel Adesanya (21-1 MMA) vs. Robert Whittaker (24-5 MMA) is featured at the UFC 271 main event and is perhaps one of the most anticipated rematches in recent memory.

Whittaker, will try to take back the belt Adesanya won from him in October 2019 at UFC 243 in Melbourne, Australia. Whittaker lost by KO in the 2nd round at UFC 243 and seeks to change history this weekend by defeating ‘The Last Stylebender‘.

Derrick Lewis (26-8 MMA) vs Tai Tuivasa (14-3 MMA) has both fighters sharing the same goal going into Saturday’s UFC 271 co-main event and that is to win by KO. ‘The Black Beast’ currently holds the record for the most knockout wins in UFC history and wants to add another one to his resume. Tuivasa, is currently wanting to move up in the UFC heavyweight rankings by defeating Lewis tomorrow night.

Sean O’Malley posted a video on Instagram with his fight night predictions:

“I will be in Houston tonight doing an appearance, come say what’s up.

Tomorrow night UFC 271, really the card is stacked from bottom to top.

For Derrick Lewis vs Tai Tuivasa, such a hard fight to predict, gotta love Tai, gotta love Derrick, both dudes are f*cking legends. I go with Tai, I want to see him do a little cuppy out of Derrick Lewis’ cup.

As for Izzy vs Robert Whittaker, Izzy knocked him out the first time. Do I see Robert take him down, not really. Do I see Robert out strike him, no I don’t. Izzy will get the job done. Does it go all 5, I dunno.”