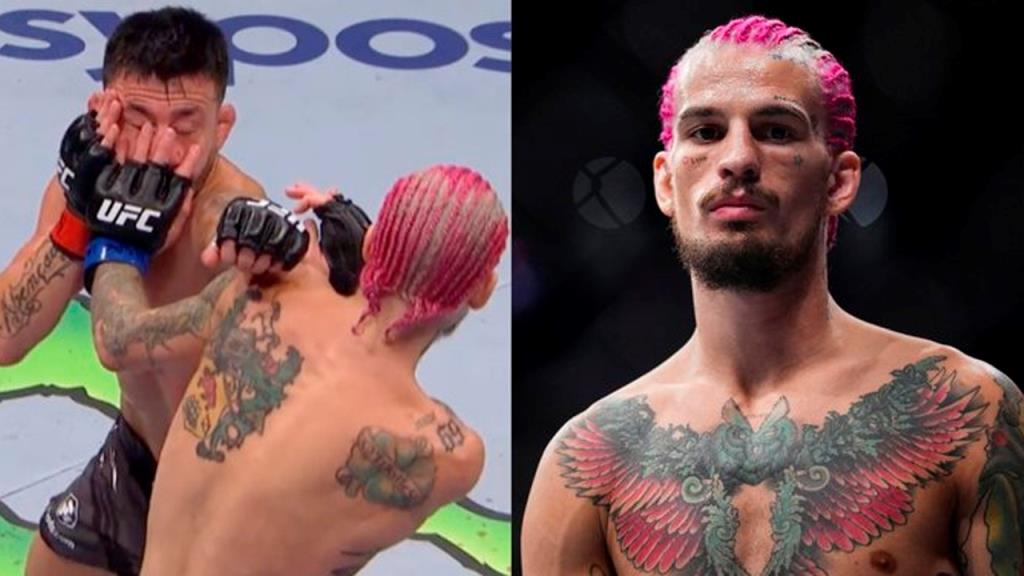 Sean O’Malley was one of the guests on Jake Paul‘s latest sports show, BS w/ Jake Paul. The duo discussed O’Malley’s upcoming fight against Petr Yan and his latest outing against Pedro Munhoz, which ended in a no-contest due to an eye poke from ‘Sugar’.

Munhoz was O’Malley’s first opponent ranked inside the top ten, and fans were looking forward to the contest between the two exciting strikers. However, it all ended in an anti-climactic fashion.

While it was believed that ‘Sugar’ might be booked in a rematch against the Brazilian, the UFC shocked the world when they announced that Sean O’Malley would take on Petr Yan at UFC 280.

‘No Mercy’ is a former bantamweight champion and is considered by many to be the best 135-pounder in the UFC. It came as a surprise, then, that the promotion booked No.13-ranked Sean O’Malley against the No.1-ranked Russian.

When asked about his thoughts on the underwhelming outcome of the fight against Munhoz, O’Malley told Jake Paul that the promotion clearly sees it as a win to have booked him against Yan:

“In my eyes that was a boring fight, nothing really happened. I was starting to get his rhythm, I was starting to dot him up… I was looking for that finish and he just robbed me of that moment. I didn’t believe I poked him in the eye, my hands were up. If anything, I might have tapped his eye a little bit, not enough to stop a fight. Michael Bisping fought with one eye.”

Watch the interaction at 10:25 of the video below:

During the same segment, ‘Sugar’ previewed the expectations of fans going into the fight against Yan at UFC 280 in Abu Dhabi. Sean O’Malley noted that many expect him to be outworked by the Russian, which will only make it even more impressive if he beats the former champion.

“I know Petr is a great contender, I know he’s a great opponent, he’s a f***ing animal, but we’re all betting on you, man… we know you’re going to win… bet on this guy because Sean is the future of the UFC…”

Paul went on to suggest that Sean O’Malley needs to be headlining fight cards in the future:

“Dana, put this guy as the f***ing main event because I’m tuning in to watch him, you know. I turn the TV off after Sean fights, man. Get this guy a main event, he deserves it, he’s the one that’s making waves…”

O’Malley is undoubtedly one of the most popular fighters in the promotion at the moment, and ‘Sugar’ is well aware of his star power. He even recently stated that the UFC needs someone like him to be a champion due to his drawing ability. The American is anticipating a high-level kickboxing fight against his Russian adversary. 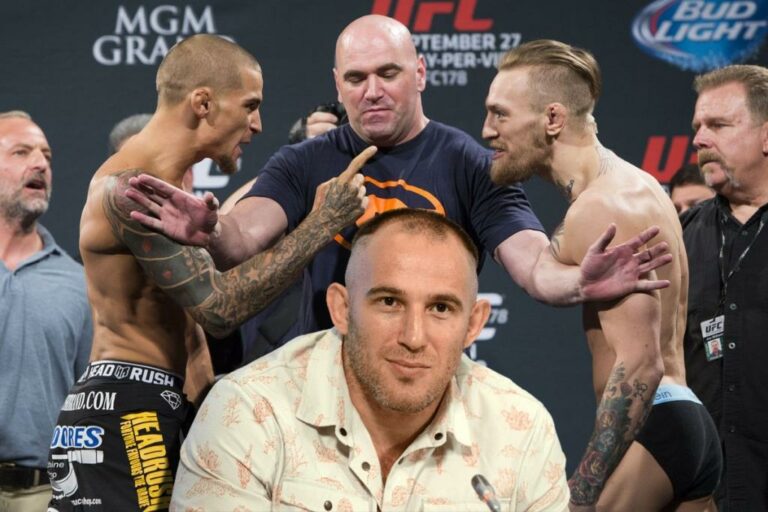 UFC rating heavyweight Alexei Oleinik has weighed in on the odds of his American Top Team training partner Dustin Poirier in an upcoming rematch with promotion superstar Conor McGregor. “McGregor has more chances because he is faster. Unique explosive speed is his main advantage. If they had equal speed, they would be equal in striking… 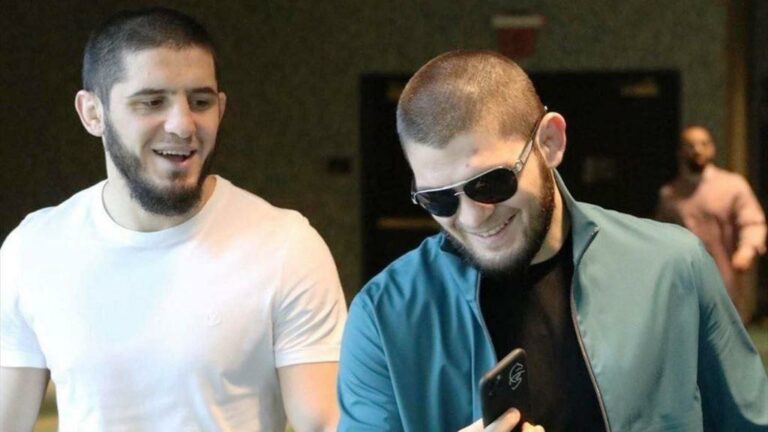 Khabib Nurmagomedov was incredibly delighted to see his longtime friend and teammate Islam Makhachev record a submission win at UFC Vegas 31. Challenging Thiago Moises in the main event, Makhachev put on a dominating show against the Brazilian. After three fairly comfortable rounds, the Dagestani took Moises’ back and choked him out viciously in the… 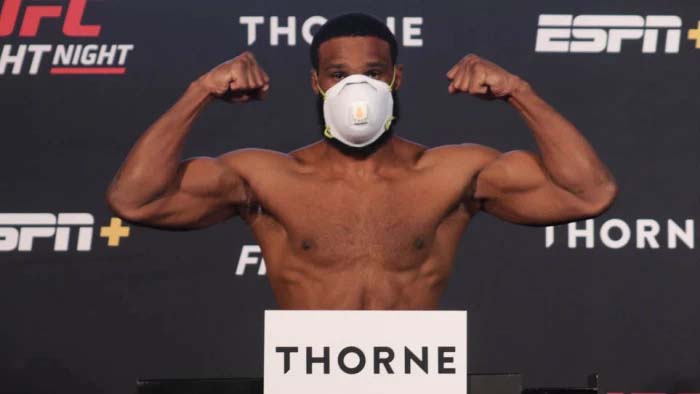 [vc_row][vc_column][vc_separator color=”black” style=”shadow” border_width=”10″][vc_column_text] The UFC are returning to Las Vegas and will host the UFC on ESPN 9 tournament inside UFC APEX already this weekend. The main event of the evening will be the return of Tyrone Woodley to the octagon for the fight against Gilbert Burns in welterweight. Your attention the full results… 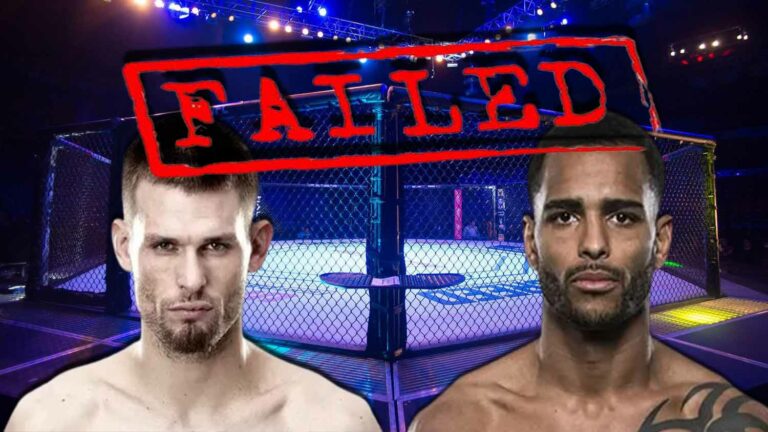 A welterweight fight pitting Tim Means against Danny Roberts has been pull out from the UFC Vegas 29 card scheduled to take place this Saturday at UFC APEX in Las Vegas. UFC officials confirmed the news to MMA Fighting on Tuesday. At this time there’s no word why the matchup was scrapped from this weekend’s… 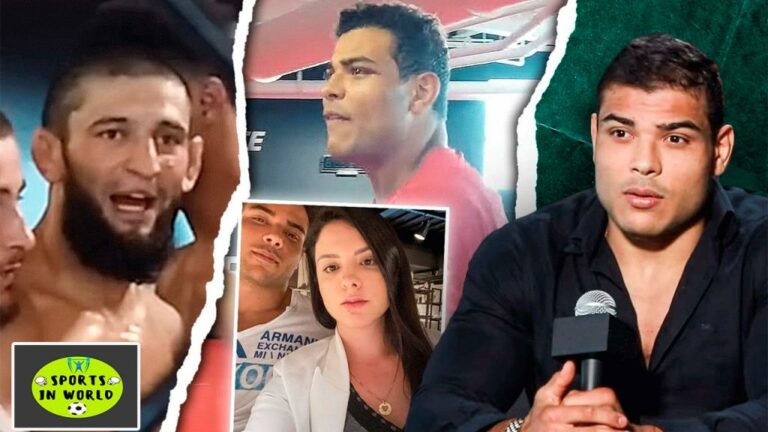 Paulo Costa continues to throw shade at Khamzat Chimaev after their recent run- in at the UFC PI. Detailing the incident, ‘Borrachinha’ claimed that he only had girlfriend Tamara Alves and former Strikeforce middleweight champion Jake Shields with him when Chimaev approached him with ten other guys. Costa believes that ‘Borz’ was looking to provide… 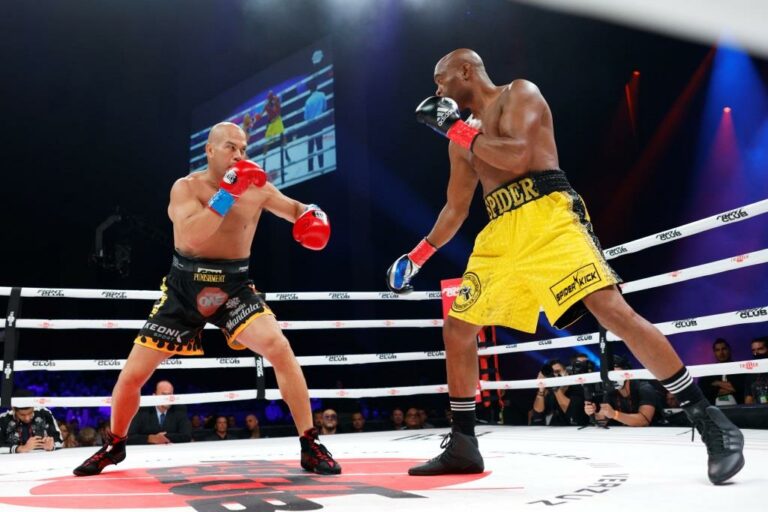 Former UFC champion Tito Ortiz is convinced that mixed martial arts legend Anderson Silva knocked him out in a boxing match thanks to an illegal blow. Taking to his social media in the days following the fight, “The Huntington Beach Bad Boy” suggested that he was hit in the back of the head by Silva…