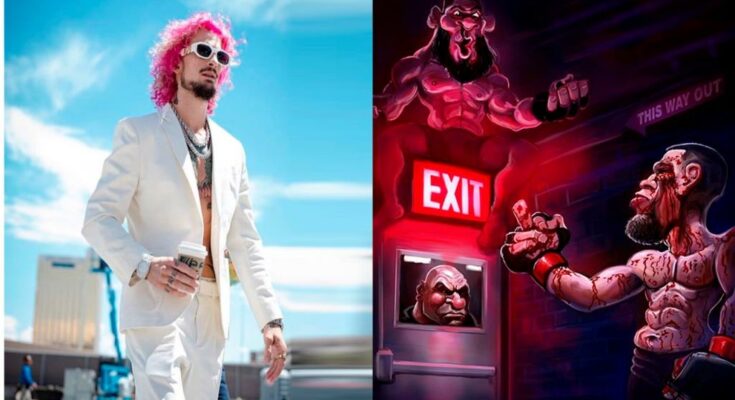 Khamzat Chimaev is preparing for his first ever pay-per-view headliner as he takes on Nate Diaz at UFC 279 on September 10.

The No.3- ranked welterweight contender in the UFC could very well be looking at an opportunity for the title if he secures an emphatic win.

While Diaz is unranked at welterweight, he last took on the No.2- ranked contender and the next title challenger at 170 pounds, Leon Edwards. Diaz rocked ‘Rocky’ in the dying moments of a fight he was largely getting dominated in. Diaz ultimately lost via unanimous decision at UFC 263 in June last year.

Khamzat Chimaev vs. Nate Diaz is a fight that is not as unfair as some are positing, according to Sean O’Malley.

Speaking with Ariel Helwani on The MMA Hour, O’Malley touched on his looming Petr Yan fight at UFC 280, his UFC 276 clash against Pedro Munhoz, and more.

While talking about Nate Diaz vs. Khamzat Chimaev as being a captivating matchup, O’Malley said:

“I think a lot of people are just kind of writing Diaz off. I think 90 percent of people think Khamzat’s going to go in there and ragdoll him. I don’t necessarily think that’s true. But I think that’s kind of the narrative around that fight. I’m actually very curious to see how much that sells.”

“Nate Diaz is a massive star obviously, probably top two in the UFC right now. I’m very interested in seeing how many pay per views that sells. If it does over four hundred thousand, do people want to pay to see Diaz get whooped? I don’t know. I’m curious.”

Khamzat Chimaev is 11-0 overall as a mixed martial artist and 5-0 in the UFC. He is riding a twelve-fight winning streak overall dating back to his amateur days.

Nate Diaz only has one win in close to six-and-a-half years. He bested Anthony Pettis by way of unanimous decision at UFC 241 in August 2019 to garner a spot in the welterweight rankings at the time. Here’s the post-fight interview: