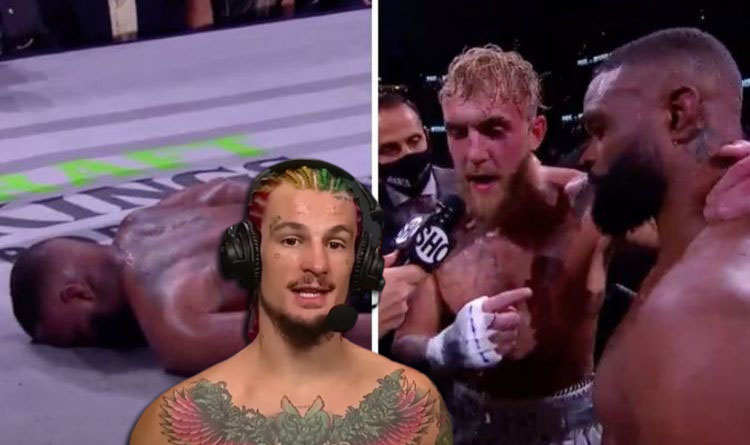 YouTuber-turned-boxer Paul beat former UFC welterweight champion Woodley via KO at a time of 2:12 in the sixth round of their rematch at Tampa’s Amalie Arena last Saturday.

Speaking on episode 168 of his TimboSugarShow podcast, O’Malley lauded ‘The Problem Child’ and added that it will be difficult for Woodley to forget his latest defeat.

“Dude, it completely destroyed his fing legacy… But that comes back to attachment too like, if that could affect Tyron Woodley big time or he could just be completely unattached to that and still be happy. But that is a fing skill that you have to acquire I feel like.

“God, it is pretty cool to see though from Jake. You just started boxing not too long ago, kind of manifesting these big fights and how much self belief can get you what you want. But with that just as much and how important is hard work which obviously Jake is doing. For him to be boxing for three years and then going and knocking out Tyron Woodley is pretty insane.”

Paul has now improved his professional boxing record to 5-0. He was initially scheduled to face Tommy Fury in Florida but ‘TNT’ pulled out of the fight due to medical issues.

Sean O’Malley is now 15-1 in his professional MMA career following his first-round triumph over Raulian Paiva at UFC 269 on December 11.

The win helped him enter the UFC bantamweight rankings at No.13. He is now on a three-fight winning streak since his only loss to No.8-ranked Marlon Vera at UFC 252 in August 2020.

Fan favorite O’Malley looks likely to take on a top-10 bantamweight contender next in 2022. Two or three more victories in a row will most probably get him a title shot.