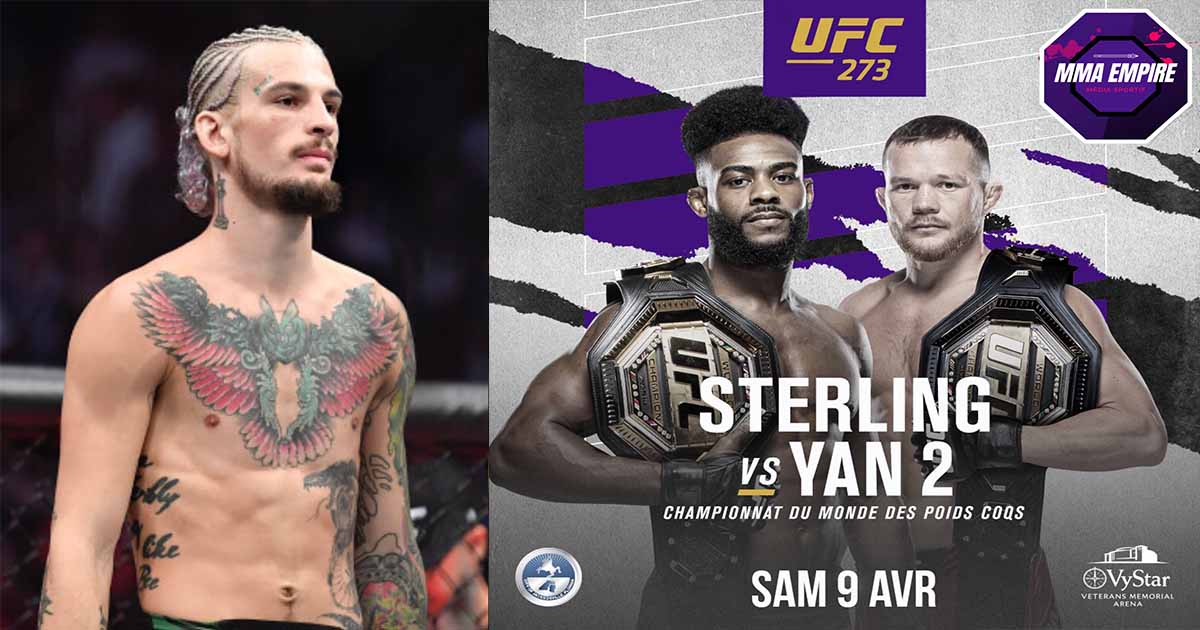 Petr Yan has lost Henry Cejudo and Sean O’Malley as his cornermen for UFC 273.

Petr Yan has been on social media asking other high profile UFC fighters to corner him since the news came out that his Russian coaches were denied entry into the US for his bantamweight title fight against Aljamain Sterling.

Both Cejudo and O’Malley initially agreed to help Yan out, but recent comments from ‘No Mercy’ have turned them off.

On the latest episode of The MMA Hour, Yan said:

“They just need to make sure they don’t give me their s**t advice. Just give me ice and water and I’ll be fine.”

In a new episode of O’Malley’s TimboSugaShow, O’Malley said:

O’Malley went on to say:

“I like Peter, you know? He’s a funny little poodle. I wanted to just square up with him.”

Henry Cejudo also saw the same quote and declared he was nobody’s waterboy.

At the moment, it’s unclear who Yan will end up having in his corner as he attempts to win his undisputed bantamweight title back from Aljamain Sterling. He may walk out alone. He may walk out with the American Top Team members he’s been training with in Florida during fight week.

Only one thing is certain now: he won’t have Henry Cejudo or Sean O’Malley by his side.

Sean O’Malley’s last fight was a first round TKO win over Raulian Paiva at UFC 269 back in December 2021. It’s been nearly four months since then and O’Malley still doesn’t have another fight announced.

Back in March, O’Malley revealed during a Twitch stream that he was hoping to compete at UFC 274 on May 7 since it was in his backyard of Phoenix, Arizona.

That didn’t end up coming together, and it’s unclear as to whether that was a decision from the UFC or because of lingering hand injuries O’Malley suffered in the Paiva fight.