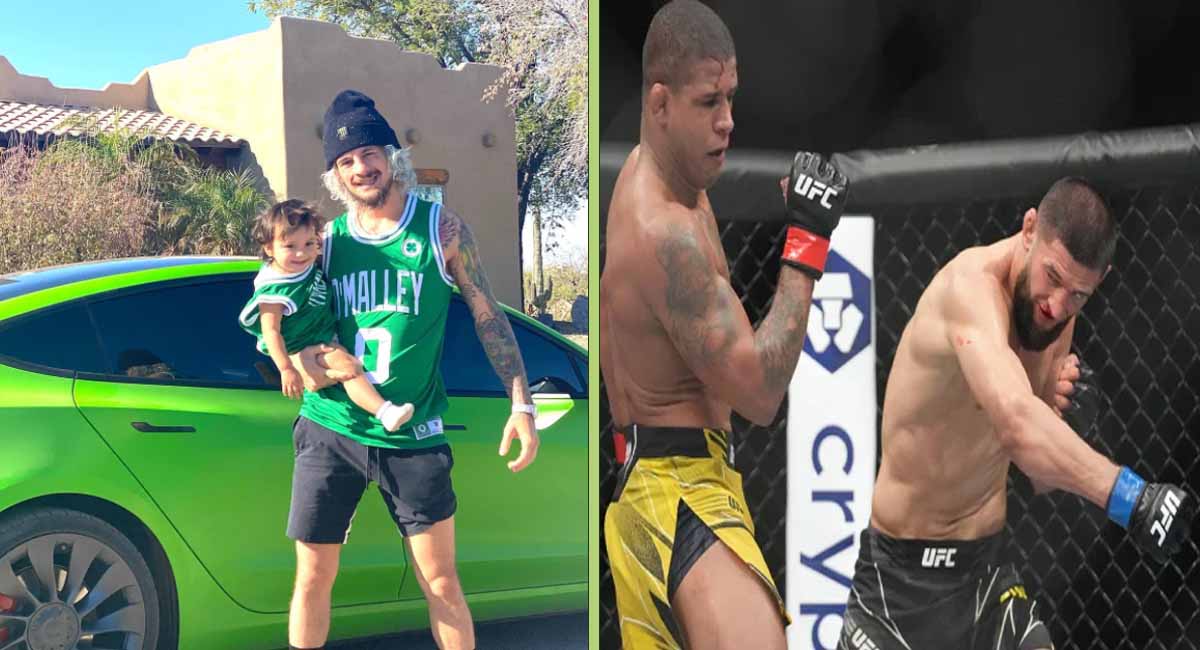 Sean O’Malley believes Gilbert Burns deserved to win his incredible UFC 273 battle against Khamzat Chimaev. ‘Suga’ was, however, impressed by the takedown Chimaev scored over the Brazilian in the opening round.

O’Malley claims that Chimaev constantly putting Burns on the back foot could have influenced the scorecards. The UFC bantamweight contender recently said on his YouTube channel:

“It was crazy seeing Khamzat grab him in the first round though and just drag him to the ground. That was pretty crazy, you don’t see that happen. I thought Gilbert might have edged it out and won that.”

Ranked No.2 at welterweight, Gilbert Burns did not hesitate in accepting a fight against No.11-ranked Khamzat Chimaev. The former title contender gave Chimaev the toughest fight of his career so far.

‘Borz’ came out as the early aggressor, landing a takedown and a knockdown in the opening round. Burns bounced back in the second, dropping Chimaev with a powerful overhand right. The third round was a closely contested affair, with both fighters enjoying moments of success.

The judges ultimately awarded Chimaev a unanimous decision victory. Their bout won the ‘Fight of the Night’ bonus and is an early contender for ‘Fight of the Year’.

Watch O’Malley weigh in on Burns’ performance below:

Khamzat Chimaev reveals biggest mistake he made against Gilbert Burns

The entire MMA community seemed to be riding the Khamzat Chimaev hype train after the Russian-born Swede started his UFC journey with four consecutive stoppage victories. Looking to live up to the hype, Chimaev promised a first-round knockout against Gilbert Burns going into UFC 273.

“I am gonna fix a visa with my fists in your face! 1 round finish!”

However, ‘Borz’ accepted that he might have gotten a bit ahead of himself. In the aftermath of their memorable clash, Chimaev revealed that looking for a KO was the worst mistake he made against Burns. The 27-year-old explained at the UFC 273 post-fight press conference:

Watch Khamzat Chimaev’s appearance at the post-fight presser below: