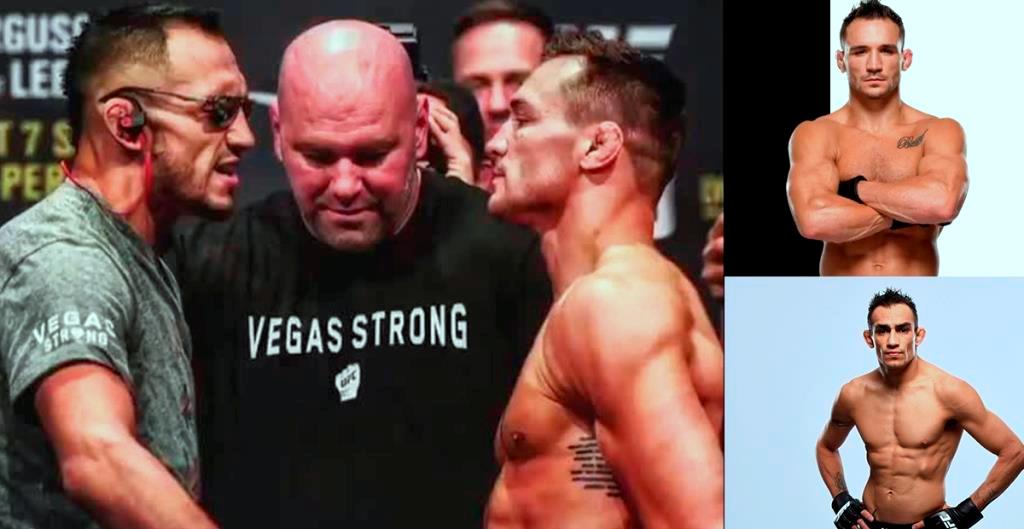 The UFC is targeting a lightweight fight between Michael Chandler and Tony Ferguson, according to Dana White.

“We’re looking at (Ferguson) versus Chandler. So there you go. Don’t lie and say it is done otherwise managers will start crying.”

Tony Ferguson (25-6 MMA), a former interim lightweight champion, has not competed since suffering a lopsided decision loss to Beneil Dariush at May’s UFC 262 event. That loss served as the third in a row for ‘El Cucuy’, who previously suffered defeats to Justin Gaethje and Charles Oliveira respectively.

Michael Chandler (22-7 MMA), meanwhile, last competed at November’s UFC 268 event, where he was defeated by Justin Gaethje in a thrilling back and forth war. That setback was of course preceded by a title fight loss to Charles Oliveira at UFC 262.

Ferguson recently accused Chandler of delaying their fight on Twitter.

“There’s My B**ch!!! Michael Chandler The Brass @danawhite @ufc Relayed Your Message Saying You Would Be Ready For Me April/June. Looks Like Your Trying To Delay That Ass-Whoopin’ I Owe Ya For Cutting In Line Kid- It’s Wrestling Season MF, Man Up- Champ” – Ferguson shared.

That notion appeared to humor the former Bellator champion, as ‘Iron Mike’ replied to ‘El Cucuy’ with the following tweet.

“Oh Tony. There’s only a handful of guys in this game I truly respect…you’re one of them. Only because of your tenure, not your stature or your current presence in the division. I’ll beat you from bell to bell. Pray for a merciful ref. We shall see if this fight happens.”