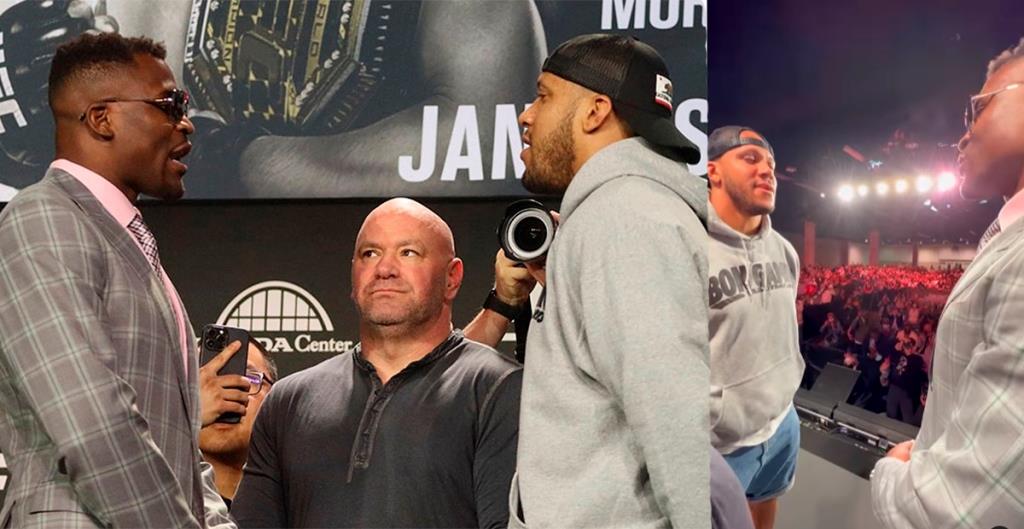 Francis Ngannou and Ciryl Gane recently came face to face ahead of their highly anticipated heavyweight championship bout at UFC 270. After answering questions from the media at the UFC 270 press conference, the headliners of the upcoming pay-per-view stared each other down.

Interestingly, Francis Ngannou had some words of respect for his former teammate. ‘The Predator’ claimed that he respected Gane regardless of what he thought.

‘No matter what you might believe, I respect you and Saturday we are gonna go at war,’ said Ngannou. [via translation as per UFC France]

The former teammates have had a rather interesting buildup to the fight. While both Francis Ngannou and Ciryl Gane have claimed that they respect each other, the events leading up to their showdown have only increased tensions between the two.

Furthermore, there has been a constant back and forth between the two camps. It will be interesting to see who walks out of the fight as the undisputed heavyweight champion.