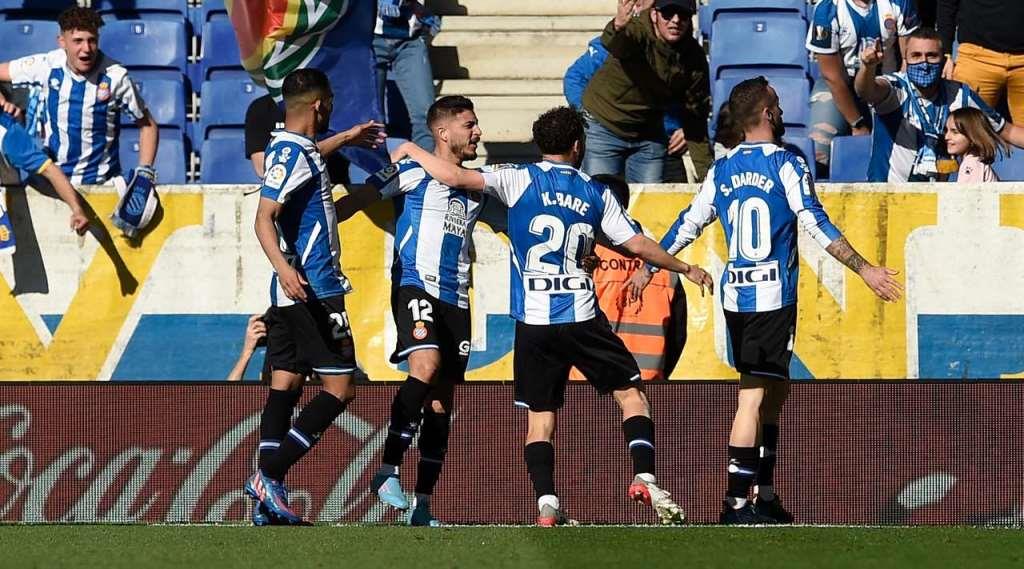 Sevilla missed a golden opportunity to close the gap on league leaders Real Madrid to four points after being held to a 1-1 draw against La Liga strugglers RCD Espanyol, who remain winless in 2022.

Espanyol’s chances of ending their winless start to 2022 in La Liga looked slender, as they came up against a Sevilla side they had failed to beat in their last seven head to head games.

Having won their last three games in a row, Sevilla started full of confidence, dominating possession and giving Rafa Mir a few chances early on, but the first big chance fell to the hosts against the run of play.

Raúl de Tomás’s effort was well saved by Yassine Bounou, before Tonny Vilhena somehow managed to blaze the rebound over the bar.

This let off clearly gave the visitors a wake up call, and a moment of individual brilliance from Papu Gómez saw the Argentinian dance past three defenders, before floating the ball towards the back-post where Mir was eagerly waiting to slam his volley home.

Despite having strong periods of good possession, Espanyol failed to create many chances, and Sevilla just about deserved their 1-0 HT lead on the balance of play.

A rejuvenated Espanyol side appeared at the start of the second-half, and they levelled the scoreline inside five minutes. Óscar Gil’s wonderful cross found the head of Sergi Darder, who powered his effort into the top corner, giving Bounou absolutely no chance.

The hosts then should have taken the lead just after the hour mark, another cross – this time from Tomás – caused the Sevilla defence all kinds of problems. A failed clearance fell to Yangel Herrera, whose shot went agonisingly wide of the post.

Sevilla’s hopes for victory were slashed significantly in the 76th minute, when referee Pablo González Fuertes showed Jules Koundé a straight red card for lashing out at Javi Puado after being fouled by the Spanish winger.

Sevilla looked far from the purposeful side they were before HT, and with a six-point gap behind leaders Real Madrid, their wait for a first league title since 1946 now looks certain to extend, though they remain firmly in contention to break a near decade-long triopoly in La Liga.