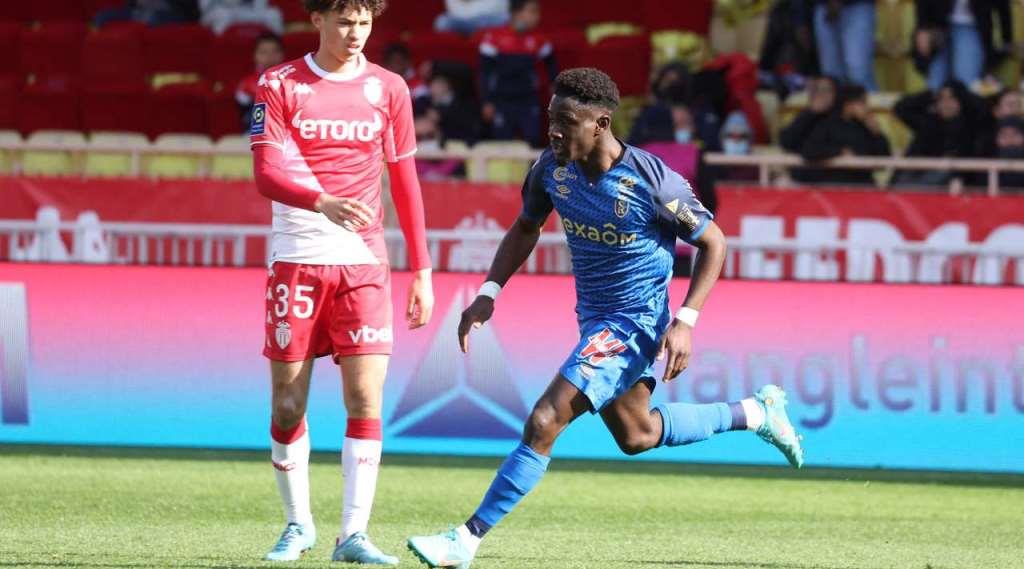 A lone strike by marksman Wissam Ben Yedder was cancelled out by two late Stade Reims goals at the death, who beat AS Monaco for the first time away from home in Ligue 1 since 1974.

Having seen their top-four hopes dented with a 1-1 draw against Bordeaux last time out, Monaco looked to make amends against Reims right from the outset.

It was all ‘Monégasques’ in the first twenty minutes, as they sought an opening through a rather vigilant defensive line. However, the Champagne outfit were never going to be an easy side to overcome, given their record of conceding the fewest goals (29) of any side below 7th place.

The half-hour mark saw an end-to-end opportunity present itself for both teams. Firstly, Reims forward Mitchell van Bergen wasted a one-on-one chance against keeper Alexander Nübel, before Ben Yedder failed to connect a rebound just off the six-yard box at the other end.

As the HT whistle approached, Monaco took the game into the opposition’s half but failed to materialize anything positive in the final-third.

After a probing restart, Philippe Clement’s side finally found a breakthrough via main man Ben Yedder in the 55th minute. The Frenchman made the most of a pinpoint pass from the right wing and took a first time shot, netting his strike low inside the left post.

He almost doubled his tally two minutes later when his volley from a corner painfully struck the right post.

Pushed on the back foot, ‘Les Rouges et Blanc’ struggled to keep the hosts out of their box, but found themselves on level terms in the 85th minute, thanks to a Kevin Volland header that ended up in the back of his own net.

Things went from bad to worse for Monaco as they went a man down, after Jean Lucas was shown two yellow cards in quick succession. The misery then continued for the home side who were dealt with a damning blow right at the death when Reims scored the winner via Nathanael Mbuku’s brilliant finish from a counterattack.

Reims’ win sees them overturn their poor away form, securing just their second victory in their last 11 league outings. A morale-hit Monaco failed to continue their push for a finish in the European spots by ending their five-match unbeaten streak in the league.