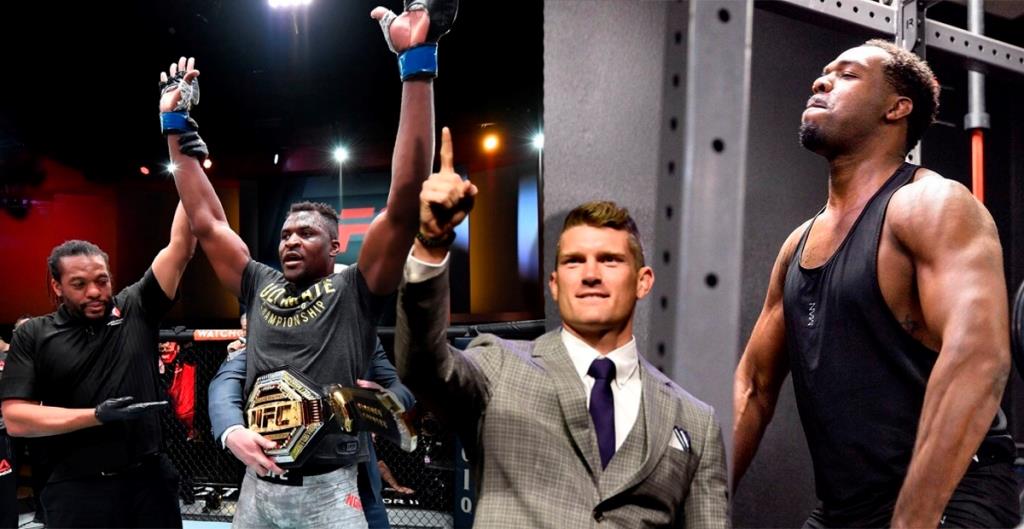 Francis Ngannou’s evolution has amazed many MMA fighters and fans. The list includes Thompson, who was blown away by Ngannou’s terrific performance against Ciryl Gane in the headlines of UFC 270.

Francis Ngannou’s future in the UFC is in serious doubt despite him retaining the heavyweight title at UFC 270. However, ‘The Predator’ is expected to fight Jon Jones for the title if he ends up staying in the promotion. Jones vacated his light heavyweight title after beating Dominick Reyes back in 2020.

Jon ‘Bones’ Jones has been preparing to make his debut in the heavyweight division since then and is expected to challenge for the title down the line. If Ngannou and Jones do end up getting locked inside the cage, Thompson feels the heavyweight champ will get the job done.

Speaking on his YouTube channel, Stephen ‘Wonderboy’ Thompson felt that Ngannou has remained active and shown he’s improved his all-round game over the past couple of years. Thompson does not discount ‘Bones’ entirely. However, he feels the heavyweight champion’s improved wrestling skills, coupled with his devastating power on the feet will be too much for Jon Jones:

“I’m not saying that Jon Jones doesn’t have a chance because he does. You’ve seen the improvement Francis has made, not just with his striking but with his wrestling as well, and that’s what Jon Jones is notorious for, right? So, I got my man Francis Ngannou winning that fight.”