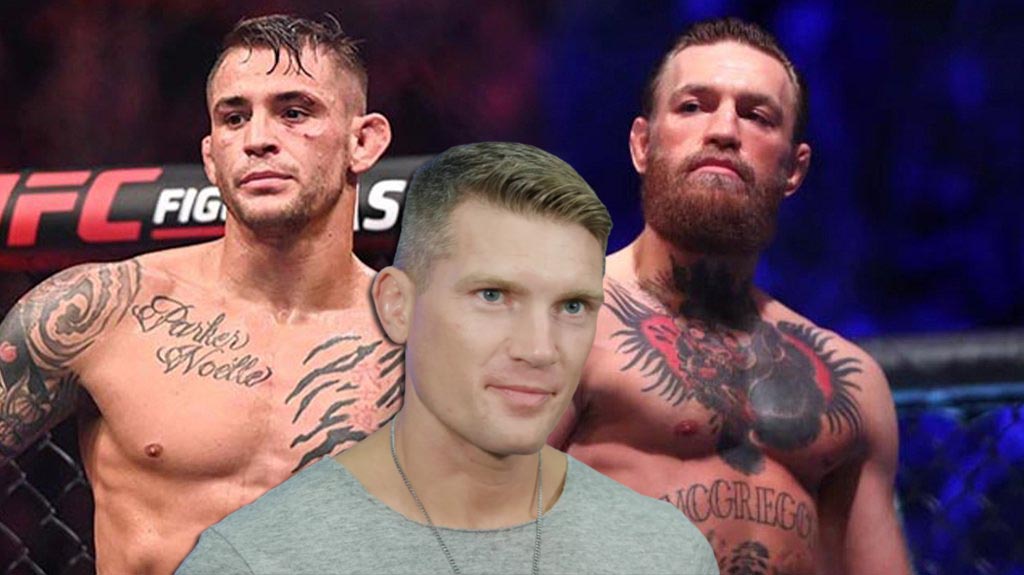 McGregor (22-5 MMA, 10-3 UFC) meets Poirier in a trilogy bout that headlines UFC 264 on July 10. McGregor needed just one round to take out Poirier in their first fight in 2014, but Poirier exacted his revenge in the rematch by stopping McGregor in the second round at UFC 257.

Poirier (27-6 MMA, 19-5 UFC) was able to effectively chop away at McGregor’s legs while he continued to stand heavy in a boxing stance. After hindering McGregor’s movement, Poirier knocked him out when he backed him up against the fence in Round 2 with a flurry.

Stephen Thompson (16-4-1 MMA, 11-4-1 UFC), a kickboxing and karate specialist, thinks that in order for McGregor to find success in the rubber match, he should go back to what worked before.

“I think the person that has to do more changing of the fighters is definitely Conor,” Stephen Thompson told Submission Radio. “I mean, Dustin Poirier has been fighting pretty much the same way for the longest time. He’s got great boxing, good timing, he’s tough as nails, he likes to sit in the pocket, and he’s intelligent. I think he (Conor) kind of lost something in his last fight. I think it was all the boxing that he was doing. He doesn’t have that movement anymore that you normally saw. Like when he fought Jose Aldo, it was the movement that won him that fight. And he was kind of standing there in front of Dustin Poirier, and he took a lot of low calf kicks, and that’s what settled it, sealed the deal.

Many question McGregor’s ability to make the necessary adjustments when the trilogy bout is taking place just six months after his TKO loss to Poirier, but Thompson thinks it’s more than enough time if McGregor addressed those issues right away.

“For a lifelong martial artist such as Conor McGregor, I think it should be fairly easy for him. I think he can get back to that fairly easy. And as long as he’s been doing that directly after the fight. After his last fight, he should have gone back to the gym and started working on it. I mean, he knew then they’re going to have a rematch. He’s won one; Poirier has won one. It’s bound to happen. It’s meant to be, have a third fight. So, hopefully he’s doing that, and hopefully he’s got good coaches to get him back, making him do that movement. So, I don’t think it should be that hard for him.”

Thompson will compete on the same night at UFC 264 when he takes on fellow former welterweight title challenger Gilbert Burns in the co-main event as he looks to emerge as the next No. 1 contender.