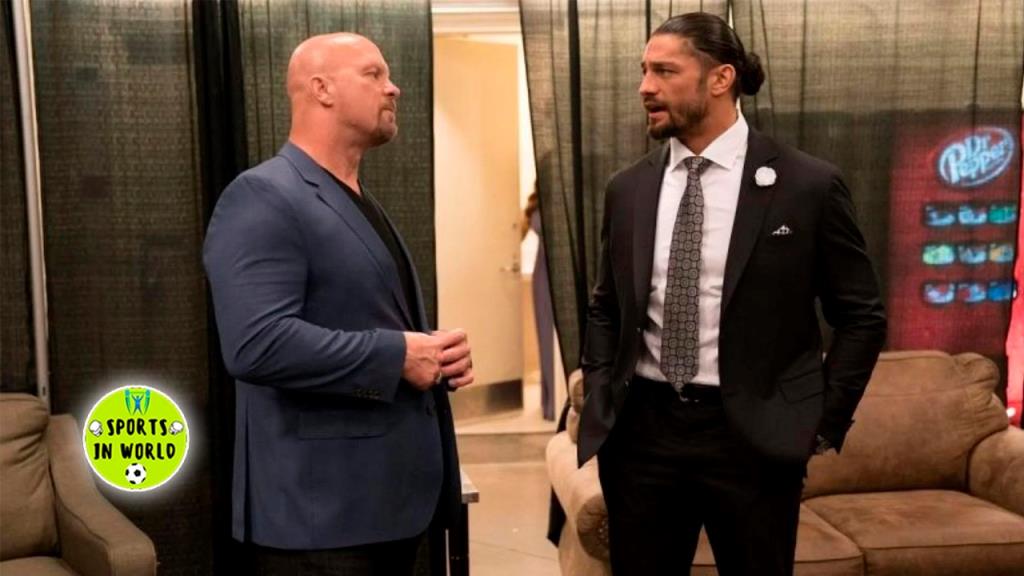 Steve Austin has disclosed how he feels about Roman Reigns’ progression in WWE over the last few years.

Reigns performed as a polarizing babyface between 2014 and 2020 after bursting onto the main roster scene as a Shield member in 2012. The six-time WrestleMania main-eventer underwent a major character change two years ago when he turned heel and aligned with Paul Heyman.

“Hey, I’ll acknowledge it,” Austin said, referencing Reigns’ “acknowledge me” catchphrase. “He’s doing some amazing work. It took a while for him to put all the pieces of the puzzle together, and they didn’t book him in the greatest fashion at certain points of his career.” [6:28-6:42]

Over the last two years, Roman Reigns has silenced many of his doubters to become one of the most entertaining superstars on the roster.

Steve Austin added that he knew the Undisputed WWE Universal Champion was destined for greatness from the early stages of his career.

“When he walked through the door, he was one of those guys that had that look and had that it factor. Like, ‘If we can do the right thing with this guy, he’s gonna get over.’ They finally started doing the right thing. He got to a mindset of where he’s at right now and he’s just crushing it, and I couldn’t be prouder of the guy.” [6:42-7:04]

Reigns will defend his titles against Drew McIntyre at Clash at the Castle in Cardiff, Wales, on September 3. The event is set to be the first major WWE show in the United Kingdom since SummerSlam 1992.

Watch the video above to hear more from Austin on Reigns and The Usos’ WWE dominance in recent years.