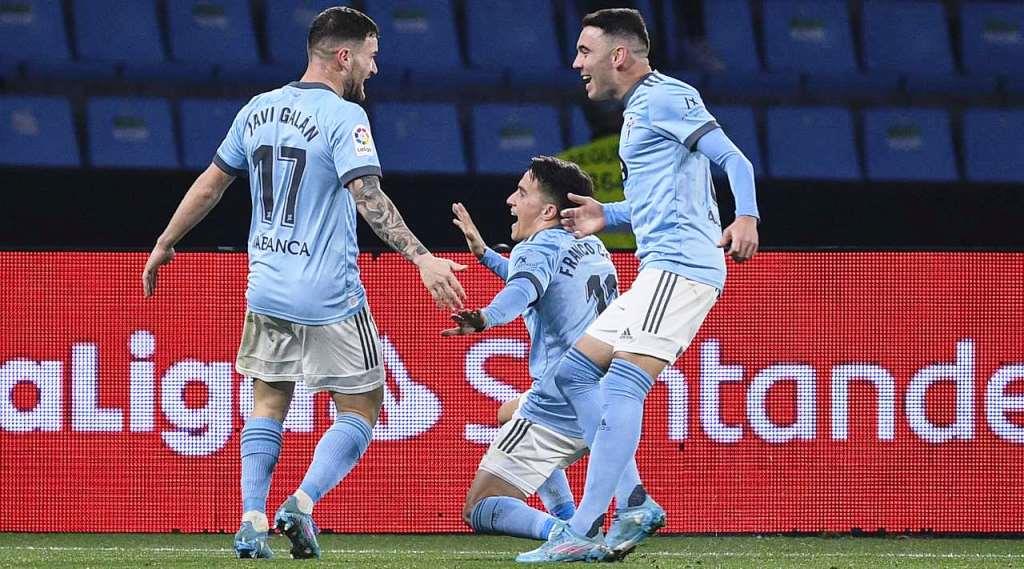 Rock-bottom Levante’s quest to record successive LaLiga clean sheets for the first time since December 2017 came unstuck – but the ‘Frogs’ did score late through Roger Martí to draw 1-1 at Celta Vigo in what could be a vital goal in their battle for survival.

Despite having the majority of the ball from the off, the hosts could have fallen behind in the fourth minute when José Luis Morales, Levante’s top league scorer this season, broke into the box and had the chance to shoot, but instead chose to square to Dani Gómez, with the recovering Joseph Aidoo getting a vital touch on the ball so that Gómez was put off and scuffed wide with the goal at his mercy.

Celta continued to dominate possession after that point, but the mid-table side’s lack of a breakthrough in the first half was perhaps unsurprising, as only Osasuna, Levante and Cádiz have won fewer home league games this season.

Celta’s top marksman Iago Aspas just failed to connect on an inviting right-wing cross from Hugo Mallo shortly after the break, with Eduardo Coudet deciding to make a double change just past the hour mark.

One of those men introduced, Orbelín Pineda, fired over under pressure after Dani Cárdenas had come to clear a Fran Beltrán through ball with Santi Mina bearing down on him, while at the other end, substitute Martí side-footed wide, and he was soon made to pay soon afterwards as Brais Méndez spread the play and Javi Galán sent in a gorgeous cross which Franco Cervi powered home superbly on the run at the back post.

Pineda then had an effort smothered as ‘Los Celestes’ looked to turn the screw, but Levante managed to get back level on 82 minutes as Martí swivelled to fire home from close range following tricky work down the left by Alejandro Cantero.

Pineda had one more opportunity to score, but was denied by the left leg of Cárdenas as Celta moved above Osasuna into ninth, with Levante now within nine points of safety.