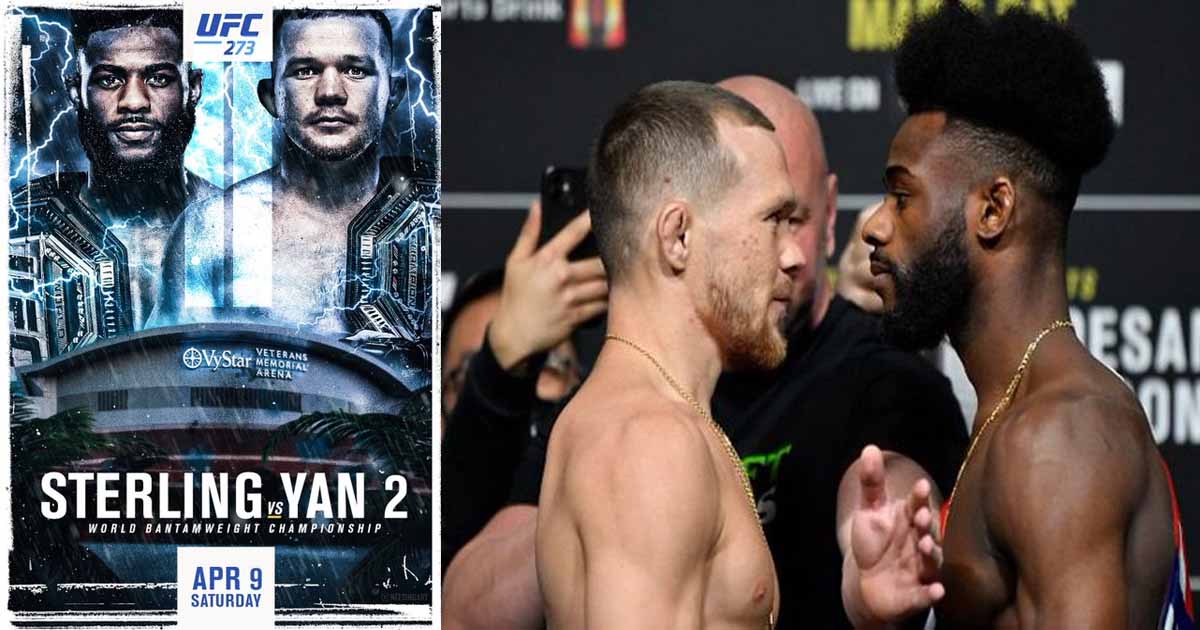 In the co-main event of UFC 273, the bantamweight title is up for grabs as Aljamain Sterling rematches Petr Yan. Heading into the fight, Sterling is a +360 underdog while the interim champ is a -490 favorite.

As seen below, many of the pros believe Yan defeats Sterling with ease in the rematch, while a select few are picking ‘Funkmaster’ to edge out the win.

Alexander Volkanovski, UFC featherweight champion: I have to go with Petr Yan, I’ve trained with him in the past and he’s the real deal.

Stephen Thompson, UFC welterweight: I’m actually going to go with Aljamain Sterling. He learned a lot from the last fight and I think he has improved his string and his wrestling is always there.

Ian Garry, UFC welterweight: You can’t tell me Sterling will win this fight after the way the first one went. He got dominated, Yan will do the same thing here.

Terrance McKinney, UFC lightweight: Petr Yan. He was winning the last fight until that knee.

Ike Villanueva, UFC light heavyweight: Sterling is a really good fighter but I think Yan dominates the fights, Sterling can’t get him down and on the feet, Yan is so much better.

Tristan Connelly, UFC featherweight: Sterling will take it. I saw some things he can do to beat Yan and won’t gas himself in the opening round.

Dustin Jacoby, UFC light heavyweight: I have to go with my boy Sterling. I actually think he learned a lot from the first fight and won’t gas himself so much in that opening round.

Vinc Pichel, UFC lightweight: Petr Yan was beating up Sterling badly in the first fight before the knee and will do the same here

Gabe Green, UFC welterweight: Yan’s got it, I didn’t see much from Sterling in the first fight.

Danny Sabatello, Bellator bantamweight: I think Yan, he’s in Sterling’s head and Sterling will gas himself as he wants to hurt Yan badly and finish him.

Who do you think will win the UFC 273 co-main event between Aljamain Sterling and Petr Yan?