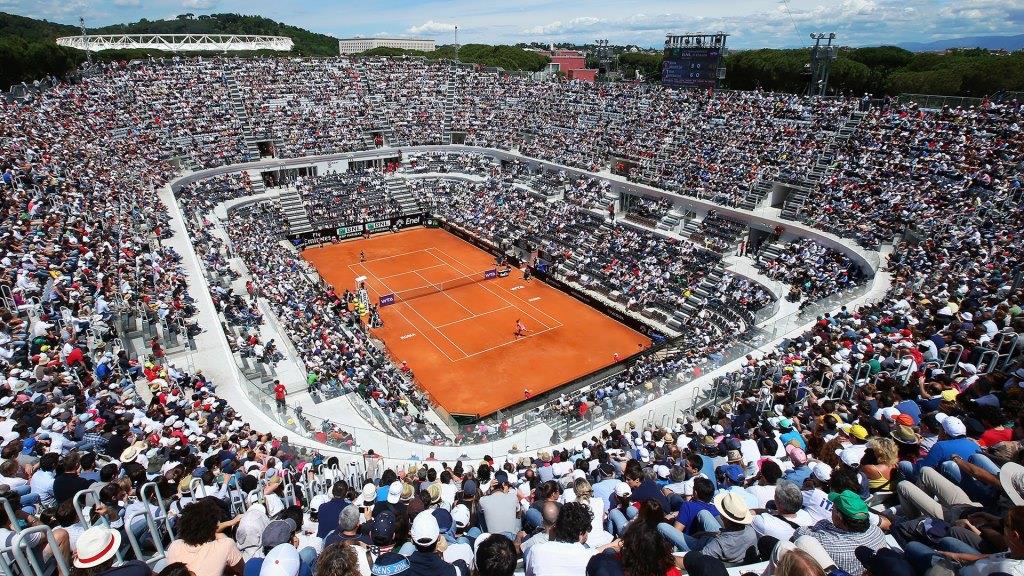 The Foro Italico sports complex, which has been hosting the largest Italian tennis tournament for almost 70 years, once you see it, it is impossible to forget. Situated on the banks of the Tiber at the highest Roman hill, Monte Mario (its geographical longitude in Italy until the 1960s was considered the prime meridian), Foro Italico includes not only tennis courts, but also the Aquatic Stadium, the Marble Stadium and the Olympic Stadium where football Roma and Lazio play. The territory of the complex is decorated with classic – but no less spectacular – Roman markers: tall pines, marble statues and mosaics in antique style.

But Foro Italico, the Italian Forum, is famous, first of all, not as a picturesque sports ground, but as a striking example of architecture and propaganda of Italian fascism. Its construction began in the late 1920s and became one of the main architectural projects of the era of Benito Mussolini – and the dictator’s urban planning ambitions were practically Renaissance.

The forum, originally called the Mussolini Forum, was conceived to attract members of Balilla, a militarized fascist youth organization, to the sport in the run-up to the 1940 Olympics, which Rome claimed to host (eventually hosting the 60 Games). It was built as a training base for the Fascist Men’s Academy of Physical Education, located there (now the headquarters of the National Olympic Committee). The Academy, founded in 1928 and existing until the end of the war, trained a new generation of Italian fascists, ideologically and physically impeccable, who were to become the basis of the military might of the new Italy.

In any other country, a compromising background like Foro’s would be a perpetual source of embarrassment. But not in Italy. First, it’s beautiful. The architecture of Italian fascism was inspired, of course, by the monumental Roman architecture, and this veil of antiquity makes the Italian Forum unbearably beautiful (the same applies, for example, to the fascist Palace of Italian Civilization on the outskirts of Rome, where the fashion house Fendi has been quartered since 2015).

Around the Marble Stadium there are 60 pseudo-antique sculptures of athletes donated to the Forum by Italian provinces in the 1930s: tennis players from Parma and Ragusa, boxer from Chieti, diving from Pola, gymnast from Milan, skier from Bolzano. Several more statues stand on the Nikola Pietrangeli Court, once the central arena of the Foro Italico tennis complex. It was named after the best tennis player in the history of the country – the two-time champion of Roland Garros before the Open Era (according to legend, at the end of his career in Rome he chose his opponents at a closed draw). In the southern part of the complex is the now abandoned building of the fencing academy, designed by the legend of Italian architecture Luigi Moretti, an acknowledged gem of modernism.

In the center of the Forum stands the 17-meter 300-ton Mussolini Obelisk made of valuable Carrara marble – the largest monolith sawn in the 20th century (80 bulls participated in its transportation) and a tribute to Mussolini as the founder of the new Italian empire and successor to the Roman rulers. The direct path from the obelisk to the Olympic Stadium passes through a fountain, a 42-ton sphere in the center of which “symbolizes the power of fascism”, and the road is lined with mosaics, on which antique iconography meets plots of modern Italian history and modern military equipment, fascist symbols and inscriptions like “Duce “(Leader),” Our Duce “,” Duce, we dedicate our youth to you “and the like.

The inscription on the obelisk “Mussolini Leader” a few years ago became the subject of national discussion, when the speaker of the Chamber of Deputies of the Italian Parliament Laura Boldrini suggested at least removing the word “leader” from it (Google maps, by the way, pretend that it is called “Obelisk on Foro Italico “). The proposal met with a powerful rebuff in the Italian society, not accustomed to being ashamed of its past and alien to the idea of ​​rewriting history (a variant of the most common argument sounds like “in the Colosseum Christians were fed to lions – now, should they also be covered with a sheet?”). This is the main reason why “Foro Italico” – this, in the words of The Telegraph, “fascist amusement park” – hosted the Olympic Games just 15 years after the end of World War II without any changes and attempts to smooth out historical corners. For the same reason, at the end of 2014, then Prime Minister Matteo Renzi announced Rome’s bid to host the 2024 Olympics at Foro Italico, standing calmly in front of the Apotheosis of Fascism fresco depicting Mussolini like a god.

In the fall of 2017, The New Yorker asked why there are still so many fascist monuments in Italy, and came to the conclusion that, since they were never tried to hide, over time they lost their actual political meaning and retained only the eternal – aesthetic. In exactly the same vein, three years earlier,

Maria Sharapova spoke out in response to a question about the possible move of the Roman tournament to a more modern site:“I love this place. It is unique. There is a story here. “ 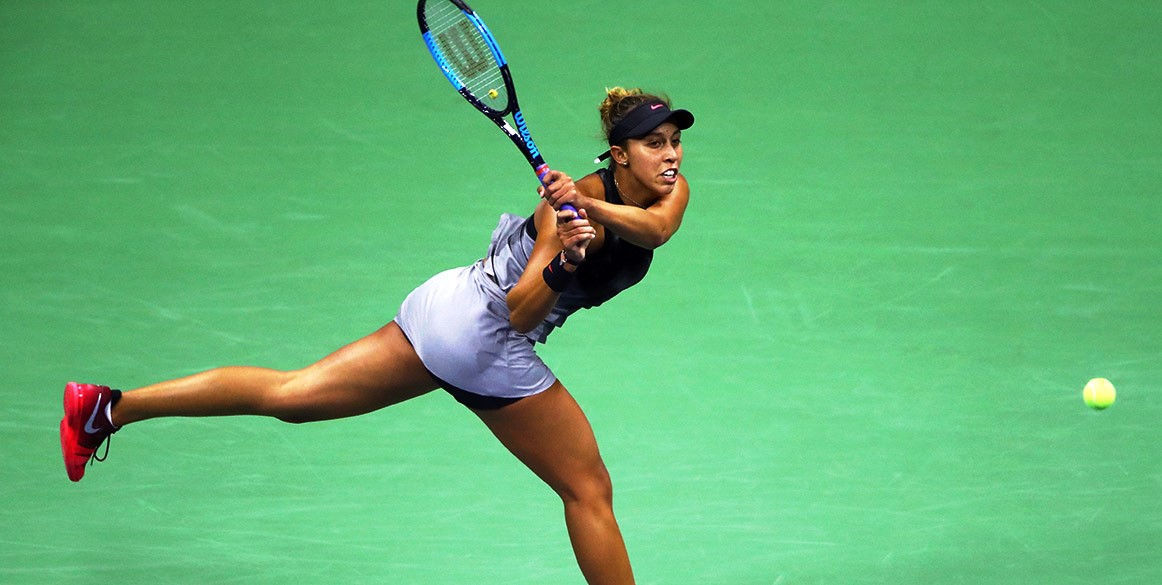 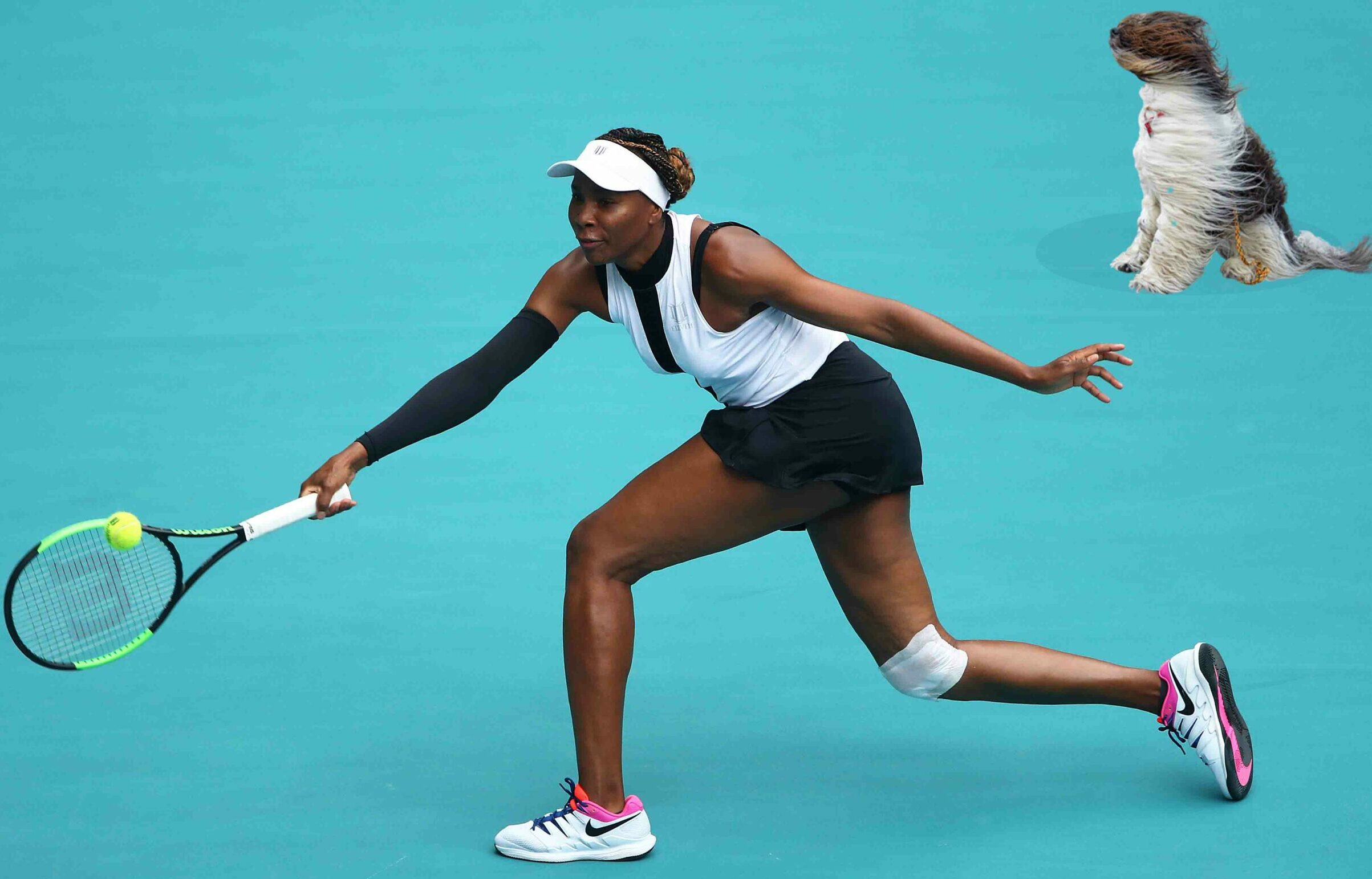