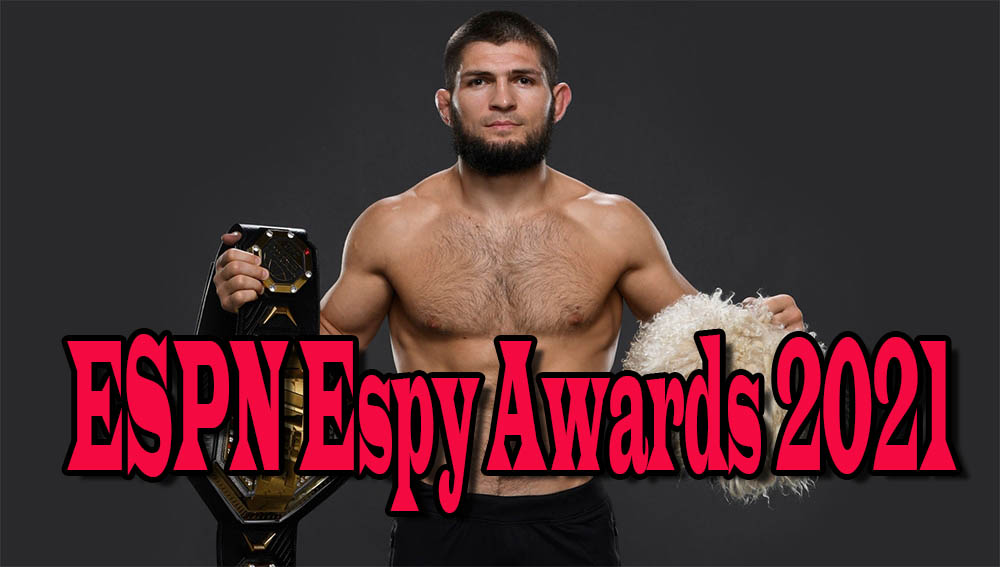 The former UFC lightweight champion, Khabib Nurmagomedov, has been nominated for the prestigious ESPN ESPY Awards 2021 sports award in the category “Best Fighter of the Year”.

Khabib Nurmagomedov, 32, fought his last fight in October last year, finishing with a triangle choke in the second round of Justin Gaethje, after which he announced his retirement from his professional career.

34-year-old Francis Ngannou became the new UFC heavyweight champion in March by knocking out Stipe Miocic in the second round. The Cameroon giant is leading a streak of five early victories, and its first title defense should be against American Derrick Lewis.

28-year-old American Rose Namajunas regained the UFC championship belt in the first flyweight in April, already in the 78th second of the match with a kick to the head knocking out the Chinese woman Weili Zhang.

Brazilian 33-year-old Amanda Nunes holds the UFC bantamweight and featherweight titles and will defend the 135-pound belt against Julianne Peña this August.

The ESPY Awards have been running since 1993 and any interested fan can vote for their favorite athlete in 31 categories on the official ESPN website.