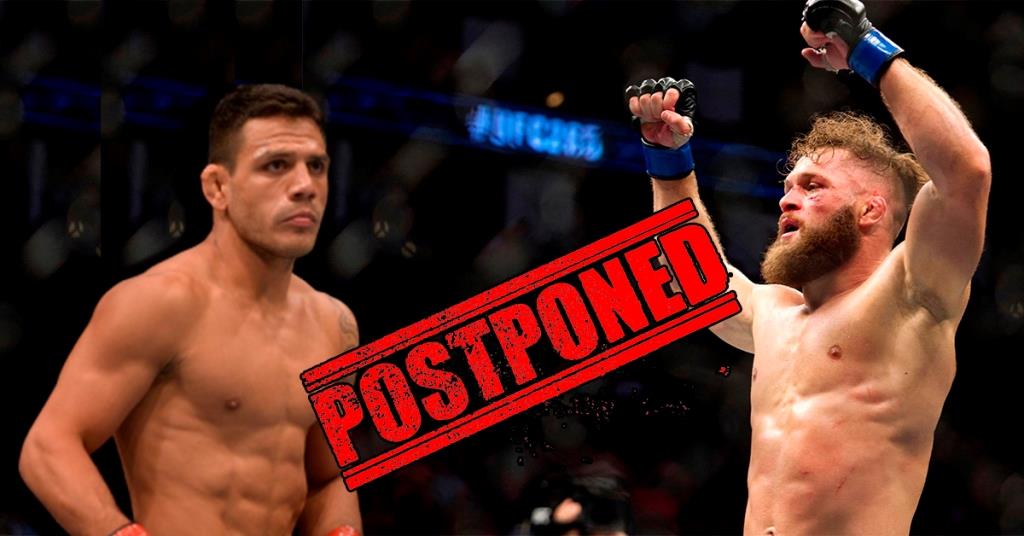 The fight of the Rafaels will have to wait. Rafael dos Anjos vs. Rafael Fiziev UFC Vegas 48 main event bout postponed to UFC 272.

MMA Fighting’s Mike Heck and Damon Martin confirmed with sources with knowledge of the postponement that next Saturday’s lightweight main event between Rafael dos Anjos and Rafael Fiziev is off of the UFC Vegas 48 card. Ariel Helwani was first to report the news.

Current plans are to reschedule the matchup for UFC 272 on March 5. It is expected to remain a five-round bout.

The change is due to a delay in securing Fiziev’s visa. Fiziev is a Kyrgyzstan native who currently fights out of Thailand.

Rafael Dos Anjos, a former UFC champion and the No. 8 lightweight in MMA Fighting’s Global Rankings, was to make his first appearance since November 2020 when he defeated Paul Felder by split decision at UFC Vegas 14. That win snapped a two-fight skid for “RDA.”

Rafael Fiziev (11) is looking to continue his hot streak in the loaded 155-pound division. In his most recent outing this past December, he finished Brad Riddell with a highlight-reel spin kick in the third round to score his fifth consecutive win.

It is not yet known what bout will serve as the new main event for UFC Vegas 48.